1. The Patriots rewarded one of their best (and most underrated) players
Phillips has been one of the Patriots’ top defenders in each of the last two seasons, playing a variety of roles in the secondary and front seven.

Last year, roster deficiencies forced New England to use him as a full-time inside linebacker/edge defender despite him being drastically undersized (5-foot-11, 210 pounds) for both positions. He more than held his own, leading the team in tackles (107) and tackles for loss (seven) and ranking third in defensive snaps played. Jerod Mayo called him “a linebacker at heart” who “just stopped growing sooner than the rest of us.”

Having addressed those holes at linebacker during the offseason, the Patriots now deploy Phillips all over the field. He began his second Patriots campaign by locking down big-money tight ends Hunter Henry and Jonnu Smith in training camp and hasn’t looked back. Through 15 games, the 29-year-old has a career-high four interceptions, including a pick-six, and is Pro Football Focus’s sixth-highest-graded safety.

Earlier this season, head coach Bill Belichick said Phillips is “a lot like (Patrick) Chung,” calling him “one of our best players and one of our most versatile players.” Anyone who’s heard the way Belichick raves about Chung knows that’s high praise.

2. The Patriots locked up one key piece of their secondary
Phillips was one of three marquee Patriots defensive backs set to hit unrestricted free agency this offseason. They’ll still need to make decisions on longtime free safety Devin McCourty and Pro Bowl cornerback J.C. Jackson, but re-upping Phillips allowed them to preemptively check one box on their offseason to-do list.

With second-year pro Kyle Dugger under contract through 2023, New England now knows it will enter its second season with at least two-thirds of their standout safety trio intact. Phillips and Dugger have played 81.0% and 73.6% of the Patriots’ defensive snaps this season, respectively, with the latter missing one game.

Phillips has played in every game since joining the Patriots but is questionable for Sunday’s matchup against the Jacksonville Jaguars after sitting out Friday’s practice with a knee injury and an illness.

3. Phillips’ contract is a big-time bargain
Phillips reportedly can earn up to $14.25 million over three years through incentives, but the base average annual value of his new deal is a modest $4.25 million. That ranks 25th among NFL safeties, per OverTheCap, coming in just behind ex-Patriot Eric Rowe ($4.9 million AAV).

Salary cap site Spotrac set Phillips’ estimated market value at $9.7 million per year, projecting a four-year, $39 million contract. The Patriots kept him around for less than half that, with just $7.25 million guaranteed. Big win for New England.

4. There still are a lot of big-name Patriots in contract years
We mentioned Jackson, who will be a candidate for the franchise tag, and McCourty. The Patriots’ list of impending UFAs also includes:

2021 signees like Henry, Smith, Matthew Judon, Nelson Agholor and Davon Godchaux are set to carry much higher cap hits next season, so the Patriots will have less money to play with this spring. 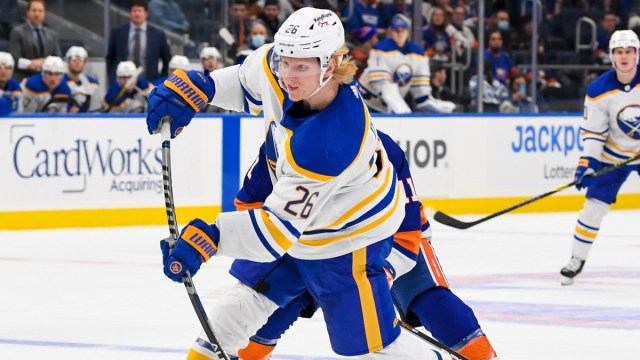 Sabres Struggling Heading Into Matchup Vs. Bruins On Saturday 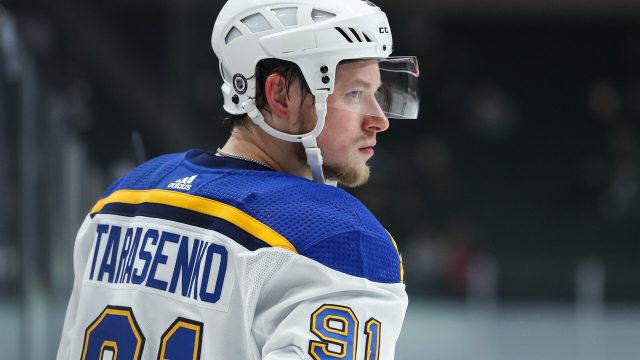 NHL Betting Guide for January 1: Bust out the Toques and Parkas