Bruins winger Brad Marchand shared Wednesday how the return of goaltender Tuukka Rask has provided Boston with a jolt, and head coach Bruce Cassidy seems to be of the same belief.

Cassidy shared Wednesday, after Boston’s sixth win in seven games since the restart, a 5-1 victory over the Montreal Canadiens, how the locker room has reacted positively to the signing of Rask. The longtime Bruins netminder agreed to a one-year, $1 million deal with the organization Tuesday.

“Yeah, listen, the guys believe Tuukka’s an elite goaltender. They truly believe that in the room and they’re happy to have him back,” Cassidy said on a video conference after the victory. “You know, you’re sad — I don’t know if sad is the right word for Swayman — he’s a young guy, he’s healthy, he’s going to be back to the National Hockey League. I can’t predict when, in a Boston Bruins uniform, and is gonna play well. And that’s the unfortunate part for Sway, but he’ll get an opportunity to work on his game.”

Swayman was sent down to Providence with Linus Ullmark remaining in Boston with Rask.

“But the guys are happy to have Tuukka back. He’s been here his whole career basically. And growing up, as he said, with some of these players in the room, not all of them, but a lot of them,” Cassidy continued. “So there’s a lot of guys that he’s formed bonds with and he wants to go out and win with those teammates. So yeah, I do believe there’s a certain electricity, there’s certain buzz and we’ll see where it leads. We’re not going to judge whether he pitches a shutout tomorrow or is average. We’re not going to judge him on one game. We feel he’s going to make us better at that position. That’s why decision was made. We’re happy to have them and, you know, let’s go.”

Marchand said Wednesday: “There’s no question you get a boost when you get a player of his caliber coming into the lineup.”

Rask is expected to get the start Thursday at TD Garden against the Philadelphia Flyers with the Bruins playing some of their best hockey of the season. 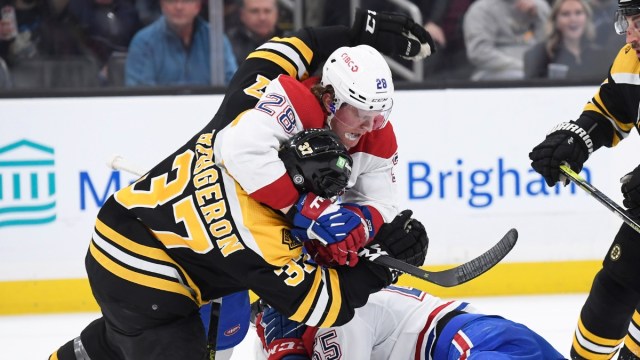 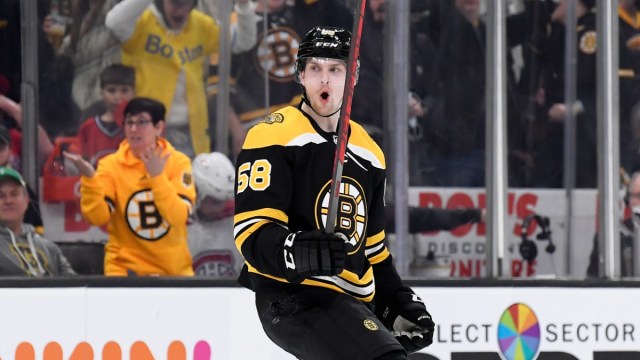 Brad Marchand Shouts Out Urho Vaakanainen, Even With Scoring Change