The Patriots saw their season end Saturday in a disappointing and, frankly, humiliating, loss to the Bills.

New England got completely dominated at Highmark Stadium, suffering a 47-17 defeat on wild-card weekend. Buffalo never punted, scored a touchdown on its first seven possessions before taking a knee at the end, forced two turnovers, only committed three penalties and compiled 482 yards of total offense. It was as thorough of a beatdown as you’ll ever see.

Entering Week 16, no team ever had gone a full game without punting against a Bill Belichick-coached team. It happened twice in the last month.

Josh Allen was incredible, completing 21 of 25 pass attempts for 308 yards and five touchdowns while adding 66 yards on the ground. He did everything he wanted to do and barely broke a sweat, as if one could on a night when temperature were in the single digits.

Mac Jones completed 24 of 38 passes for 232 yards and two touchdowns to along with two interceptions. This night was not about Mac Jones.

For the Patriots, a once-promising season reached an ugly end. New England still hasn’t won a playoff game since it beat the Los Angeles Rams in Super Bowl LIII.

The Bills, meanwhile, won’t know their divisional-round opponent until Sunday night. If the Chiefs beat the Steelers, Buffalo will travel to Kansas City next weekend. If Pittsburgh pulls off the upset, the Bills will host the Cincinnati Bengals.

After every game in the regular season, we figured out a way to give you three studs and three duds for the Patriots. We stuck to the rulebook this time, but finding three stars for New England admittedly was a difficult task.

STUDS
Kendrick Bourne, WR
One of the few Patriots players who looked like belonged on the same field as the Bills, Bourne delivered a few strong plays, including New England’s only touchdown. The speedy wideout finished with seven catches for 77 yards and two touchdowns to go along with 14 yards on the ground.

Mac Jones, QB
Jones threw two interceptions, but one of them was an incredible play by Micah Hyde and the other was a tipped ball on a play where Hunter Henry was slow to get his head around. At the end of the day, Jones is not the reason the Patriots lost this game. In fact, on the whole, you could argue he played relatively well in an impossible situation.

The rookie looked gassed at the end of the season, however, and will benefit from his first extended break in a long time.

The extra-point coverage group
The Patriots blocked two of Tyler Bass’ extra-point attempts and he almost missed a third. New England brought pressure on him all night.

DUDS
The entire coaching staff
The Patriots weren’t ready to go in this game and really were total no-shows after the bye week. Everyone deserves blame for that, but the coaching staff gets the majority of it. New England was sloppy, got outplayed and looked overwhelmed by the moment in Buffalo.

Front seven
Much like in the second matchup, Allen had all day to throw and never faced any real pressure. The Patriots defensive line got moved around by Buffalo’s offensive line and New England’s linebackers looked slow and incapable of keeping up with the Bills’ explosive weapons. Really, everyone up front looked spooked by Allen, who wasn’t sacked once by the Patriots over their last two matchups. The Bills also racked up 174 yards on the ground, including 81 and two scores from Devin Singletary.

Secondary
No secondary can cover for as long as the Patriots defensive backs were asked to cover in this game. Their failures are a byproduct of New England’s pass rush doing absolutely nothing. Still, when an opposing quarterback throws for over 300 yards and five touchdowns, the secondary has to face some criticism. This was an overall all-around showing from New England’s defense, including the defensive backs. 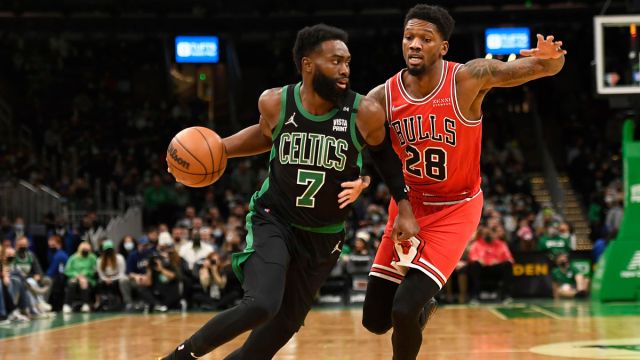 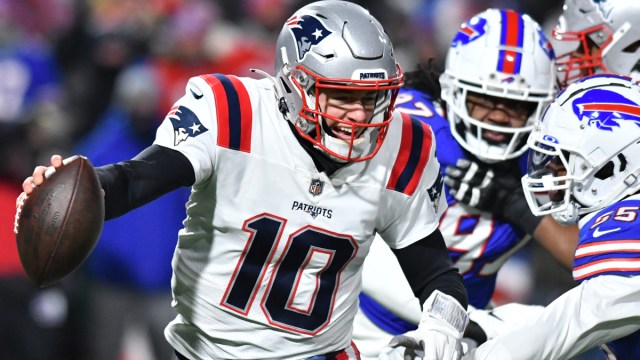