The New England Patriots have nearly 20 players set to hit free agency when the NFL league year opens March 16. As that date approaches, we’re taking a closer look at each one. Next up: kicker Nick Folk.

2021 SEASON REVIEW
The Patriots were uncharacteristically sloppy on special teams this season, but Folk bore no blame for those struggles. The 37-year-old journeyman was excellent for New England, converting 92.3% of his field-goal attempts and going a perfect 31-for-31 from inside 50 yards. His last miss from inside 50 came way back in Week 1 of the 2020 season — a remarkable streak of consistency for a player who was out of the NFL for more than two years before latching on with the Patriots in 2019.

Folk’s 2021 campaign featured four 4-for-4 outings. The Patriots won all four of those games, with Folk accounting for more than half of their points.

“I’ve learned a lot from Nick Folk,” head coach Bill Belichick said in November. “I’ll say that. I’ve learned a lot. He’s really taught me a lot of little things that, honestly, I hadn’t really thought that much about. And once he pointed them out, I was kind of disappointed in myself that I didn’t put a little more importance on it earlier. … Yeah, he’s really good.”

Despite his advanced age, Folk said last month that he’d “love” to continue playing in 2022. He’s been one of the Patriots’ most reliable players during his 2 1/2 seasons in Foxboro, posting a 90.5% field-goal success rate over that span that’s eight points higher than his career average.

CASE FOR RE-SIGNING
It’s hard to win in the NFL without a solid kicker, and few have been better than Folk over these past few years. He wouldn’t cost much to bring back (his last contract was a one-year, $1.075 million deal) and would give the Patriots some much-needed stability while they continue to search for their kicker of the future, whether that’s 2020 undrafted free agent Quinn Nordin or someone else. Folk beat out rookie kickers in each of the last two Patriots training camps (Justin Rohrwasser, then Nordin).

CASE AGAINST RE-SIGNING
We haven’t seen Nordin kick since last summer, when the young Michigan product displayed prodigious leg power but struggled with his accuracy in preseason games. But the Patriots got a long look at him after he returned from injured reserve and joined the practice squad in early December. They signed him to a future contract after the season. If they’re confident Nordin is an NFL-caliber kicker, they could let Folk walk and save the million bucks. 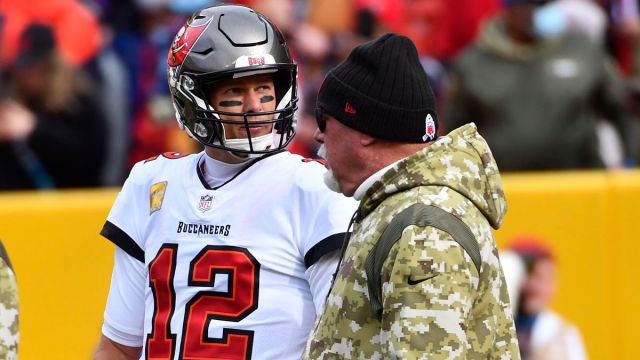