Midway through the second period in Thursday night’s tilt against the Pittsburgh Penguins, Boston Bruins captain Patrice Bergeron put his arm around teammate Brad Marchand on the bench.

Marchand was getting into it with some Pittsburgh players as Marchand and the Bruins offense were frustrated not only in that moment, but by game’s end as well with Boston unable to get any one of its 52 shots past Penguins netminder Casey DeSmith in a 4-0 loss.

With Marchand’s temperature running hot, Bergeron came in to defuse the situation and cool off his longtime teammate. According to Bergeron, this isn’t the first time he’s had to settle Marchand down during a game.

“I guess this one was on TV but it’s not like it’s the first time that we’re doing that,” Bergeron said as seen on team provided video. “We’ve been around with each other long enough to have a good read for each other. Obviously, he’s one of those guys that plays on the edge and tries to get us in the fight. Sometimes you got to make sure he doesn’t get over that line. It’s something that’s happened in the past. It’s something that you guys might have seen tonight, but it’s nothing new.”

In early February, Marchand was suspended six games by the NHL for an incident involving Penguins goalie Tristan Jarry, in which at one point Marchand punched Jarry in the side of the facemask. It’s unclear whether the bad blood from that situation boiled over into this matchup.

Marchand, who led all Boston forwards in time on ice in the setback, has already been suspended eight times during his career, including twice this season, and had nothing to show for his team-high eight shots against the Penguins.

It’s a good thing though that Bergeron was there to make sure cooler heads prevailed with the Bruins already missing a few key players from their lineup. 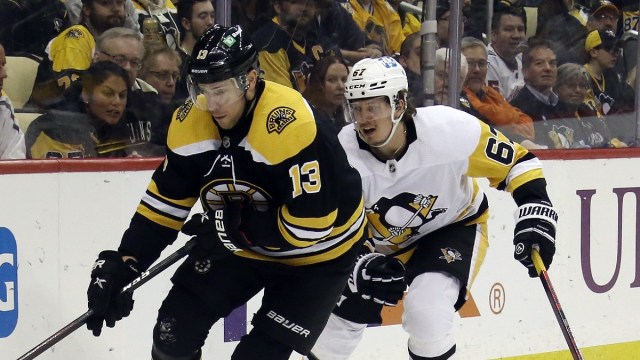 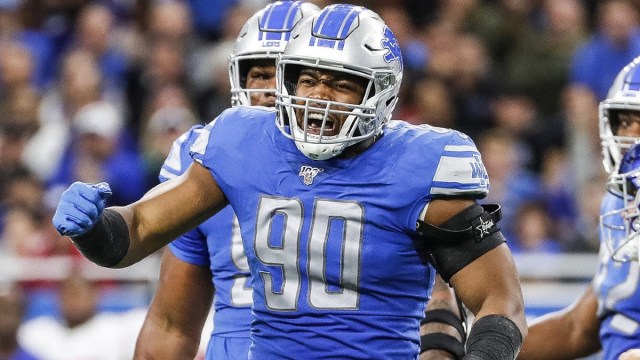