The Boston Celtics were dealt a heartbreaker Wednesday night, and the loss was magnified by mistakes made in the fourth quarter.

The Celtics were up by as much as 14 points in the fourth quarter, but the Milwaukee Bucks’ 17 offensive rebounds and two-time MVP Giannis Antetokounmpo led the comeback to take Game 5, 110-107.

Jrue Holiday also came up big for the Bucks with a key block on Marcus Smart’s potential game-winning shot in the final seconds. The Celtics guard commented on if he saw Holiday coming in from behind after he blew by Pat Connaughton.

“No, I didn’t see him,” Smart said, via NBC Sports Boston Twitter video. “The play was for JT (Jayson Tatum) to come get it, but everybody was just standing around. We had no timeouts. There was a five-second count on the way. I just got open, tried to make a play. Jrue did a good job of helping. That’s it, made a good play.”

Tatum gave a more direct explanation of what happened on the play. The Celtics star forward said he was meant to come off a screen from Al Horford, but the ball went to Smart instead.

“There was miscommunication, and the play broke down,” Tatum told reporters, via NBA writer Keith Smith. “Jrue Holiday made a great play at the rim.”

Ime Udoka reflected on what went wrong on that play as well.

“Weak-side action for Al and JB (Jaylen Brown) and bring a specific matchup into it to get the matchup we wanted downhill for JT,” Udoka said, per NBC Sports Boston Twitter video. “Got a little stagnant on the weak side. They didn’t pass, and clock was running down with no timeouts, so Marcus had to go get it and try to make a play.”

While Holiday’s block on Smart was not the final play of the game, it was the most decisive. Holiday also added in a steal to close out the game when Smart tried to quickly bring the ball up the court to potentially tie the contest.

The Celtics will hope to regroup and bounce back Friday for Game 6 at Fiserv Forum. The NBA has not announced a time for the game yet. 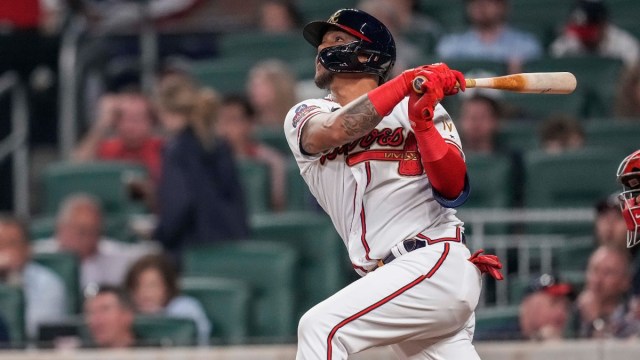 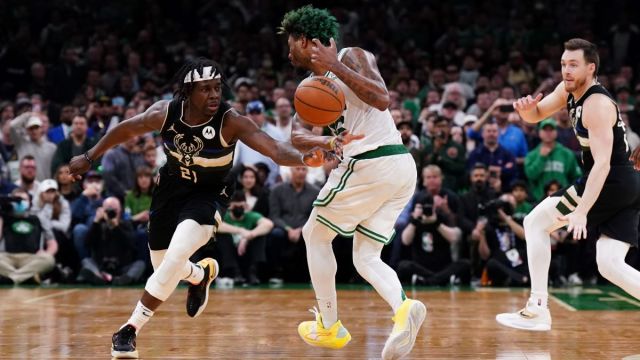 Celtics Had 94.6% Win Probability With Less Than Two Minutes Vs. Bucks