Ty Montgomery kept it short and sweet Thursday throughout his first news conference as a member of the New England Patriots. He clearly got the Foxboro memo.

However, the hybrid back did offer one interesting detail about what led to his free agency decision earlier this offseason.

Montgomery, now 29 years old, spent the last two seasons playing for the New Orleans Saints. In 2021, he had an opportunity to play with receiver Chris Hogan, who spent three seasons and won two Super Bowls in New England. Before signing with the Patriots, Montgomery spoke with multiple former teammates with Foxboro ties, including Hogan.

Though Montgomery’s mind largely was made up at that point, a strong review from Hogan made his decision an even easier one.

“Honestly, I didn’t really need any persuasion in any way,” Montgomery said Thursday during a virtual conference. “But Hogan was in New Orleans last season. And, so, I did reach out to him. … He spoke very highly (of New England).”

But what about the Patriots was so appealing?

“Honestly, just with the culture that’s here, from the outside looking in, when the New England Patriots called, I just couldn’t say no,” Montgomery said. ” … I wanted to be here.”

On why he “couldn’t say no,” Montgomery added: “You hear a lot, you see a lot. You can see the culture from the outside looking in. I’ve had teammates on other teams that have come from New England, and they always spoke very highly (of the Patriots). And, so, I wanted to be a part of this. I wanted to be a part of a team that’s coached by Coach (Bill) Belichick. … I just felt like being a New England Patriot is going to make me an even better football player.”

Versatility is Montgomery’s calling card. He can play running back, return kicks and line up as a receiver. He was a poor man’s Deebo Samuel before Deebo Samuel broke onto the NFL scene. Montgomery’s best season came in 2016 when he racked up 457 rushing yards and three touchdowns to go along with 44 catches for 348 yards with the Packers. He also returned 18 kickoffs.

The Patriots currently have needs at slot receiver, kick returner and third-down back. When asked what role he could fill in New England, Montgomery toed the company line.

“I consider myself an employee of the New England Patriots,” he said. “And whatever they ask of me is what I’m going to do.”

When asked a similar question, he doubled down.

“I am employee No. 14 of the New England Patriots and I will be doing whatever is asked of me.” 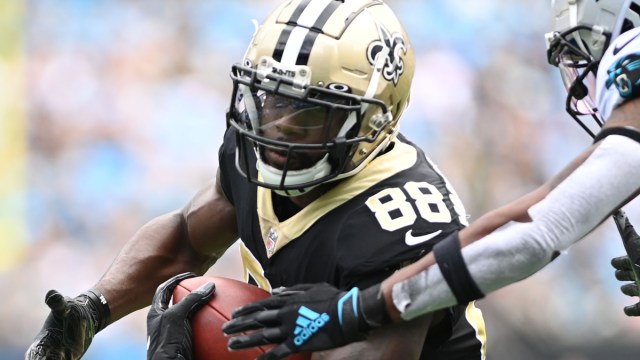 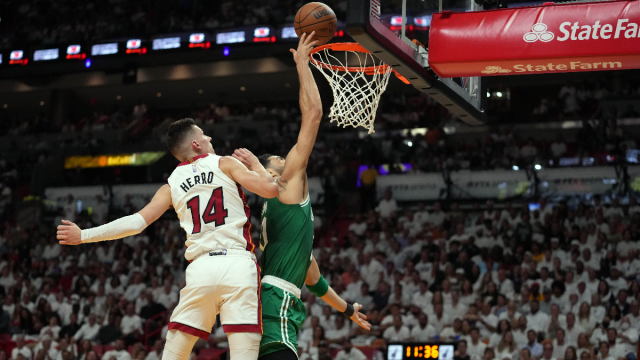