The PGA of America quickly terminated the agreement to host the PGA Championship at Trump National Golf Club Bedminster after the Capitol Hill riots in January 2021. Instead, it was held at Southern Hills Country Club last month.

The PGA Tour’s now direct competitor, LIV Golf Invitational Series, however, is set to play two tournaments at Donald Trump-owned courses. LIV will play at the same Trump National Golf Club Bedminster in New Jersey before tripping to Trump National Golf Club Doral in Miami, Florida. It can be inferred the two leagues, and where they’re hosting their tournaments, represent a differing of views.

Phil Mickelson didn’t want any part of discussing either his former employer’s or his new employer’s decisions Monday while speaking with reporters at The Country Club in Brookline, Massachusetts. Mickelson, who announced he would be joining LIV last week, will compete at the 2022 U.S. Open starting Thursday.

“So let’s go back to just one at a time,” Mickelson responded when asked a pair of questions, as seen during a video conference. “I thought, I don’t really know what to say about the PGA and their decision. That’s ultimately their decision. I thought that it went really well at Southern Hills. I thought it was a fun tournament to watch. I thought it was exciting, came down to the end and was exceptional. But I don’t get involved in that matter. That’s for the PGA of America.”

Mickelson did not participate in the PGA Championship last month as he continued his leave of absence from the sport.

“And I haven’t been involved in LIV golf in their decision on where to hold their events. But those discussions should be held privately behind closed doors,” Mickelson continued.

Mickelson further deflected when asked a follow-up, expressing that he cares more about the course itself than who owns it.

Mickelson has come under fire for his decision to join the league backed by Saudi Arabian investments, even receiving a recent letter from a 9/11 group. He offered a response to those criticisms, which accused Mickelson and other golfers of disrespecting the United States.

While Mickelson now faces public relations challenges off the course, additional tests will present themselves on the course during the 122nd U.S. Open.

The first round will take place Thursday at The Country Club, and you can follow along throughout the week with NESN’s coverage from Brookline here. 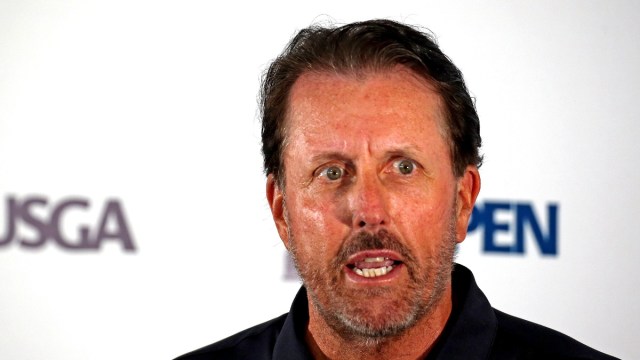 How Phil Mickelson Expects To Be Treated By Fans During U.S. Open 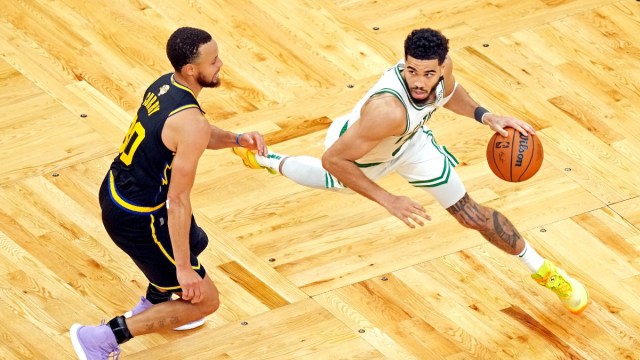