LOUDON, N.H. — Consider, for a moment, what it would be like to attend a New England Patriots game and be granted both locker room and on-field warmup access before kickoff.

Want a first-hand look at Mac Jones’s pregame routine? No problem. Curious about what a coach (other than Bill Belichick) is thinking during warmups? Just ask them. Interested in standing mere feet from players as they stretch and pump themselves up? Go right ahead.

Essentially, this is what many NASCAR fans experience every weekend. Hours before the green flag waves, driver garages and the track infield are swarmed by thousands of adoring fans, eager to watch final preparations made to Chase Elliott’s No. 9 Chevrolet — and perhaps catch a glimpse of the current Cup Series points leader himself. It’s all there, in the open and ready to explore, with only ticket/pass tiers limiting where certain fans can go. And much of that access continues during and after the race.

Regardless of how you feel about a sport that often is unfairly considered little more than constant left turns, there is no denying that NASCAR offers a fan experience unmatched by other major professional sports in the United States. Patriots center David Andrews, who drove the pace car before Sunday’s Ambetter 301 at New Hampshire Speedway, can’t help but admire the difference between NASCAR and NFL events.

“Been to the last three or four races up here. It’s such a cool experience,” Andrews said Sunday afternoon. “It’s amazing how much NASCAR fans shave access to compared to football.

“I laugh when you’re on pit row and (crew members) have got a job to do and they’re asking you to move while they’re wheeling tires around. I couldn’t imagine coming off the sideline and there being fans — and they’re so polite, too.”

Andrews added: “I think they do a great fan experience. There’s nothing like it, you know, where there’s a whole weekend. So, It’s something I’ve always enjoyed.”

Andrews, a 30-year-old Georgia native, grew up a fan of NASCAR and, unsurprisingly, Dale Earnhardt Sr. His current favorite driver is Elliott, also a Georgia native, with the two having met within the last few years.

“Some of my earliest sports memories is watching NASCAR with my dad Sunday afternoons, or him doing yard work and having it on the radio,” Andrews said. “It was something I always enjoyed and enjoyed watching and being a part of.”

After speaking with reporters at NHMS, Andrews went out and perused the infield, surrounded by hoards of NASCAR fans and, presumably, Patriots supporters. Despite looking very much like an NFL offensive lineman, the Patriots captain made his way in and around the garages without any fans stopping him for photos — while we were around, anyway. And Andrews wasn’t followed by any security or Patriots public-relations personnel, freely walking about.

He, like everyone else, was too busy taking in the unique sights and sounds of a NASCAR weekend.

Andrews and the rest of the Patriots have been on vacation since minicamp ended mid-June. New England will officially begin training camp on July 27, with its regular-season slate beginning Sept. 11 against the Miami Dolphins. 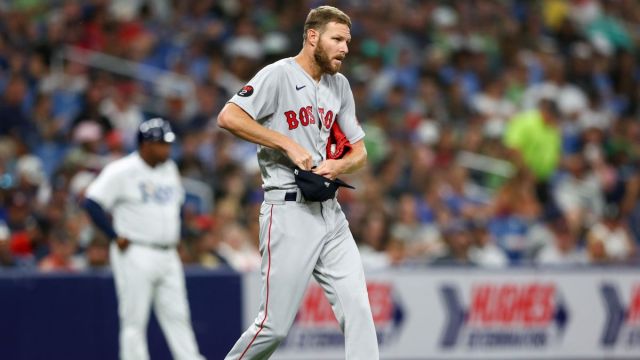 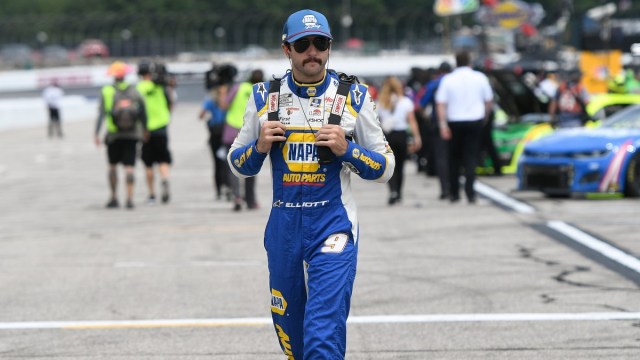 NASCAR Odds: Who Public Bettors Are Backing In Ambetter 301