Boston Red Sox legend David Ortiz knows a thing or two about giving a speech at Fenway Park. He gave a famous one, filled with a well-timed expletive, back in 2013.

The Red Sox welcomed Ortiz back to his baseball home Tuesday for the first time since the left-handed slugger was enshrined into the National Baseball Hall of Fame, and Ortiz once again didn’t disappoint with the spotlight on him.

Ortiz delivered a brief, heartfelt speech during a pregame ceremony, which was filled with other highlight moments, and hit all the right notes as his words rang out across Fenway Park.

“Good evening, what’s up, Boston? The good luck charm just arrived,” Ortiz began his speech, as transcribed by MLB.com’s Ian Browne. “The most important thing is I want to thank all the fans, all the Red Sox fans, worldwide, because without you guys, trust me, this would never happen. Every time I walk onto this field, and see everyone in these seats expecting us to win, that was the motivation for me to do it better and better every day.”

Many of Ortiz’s former teammates and coaches were on hand for the celebration, including Terry Francona, who Big Papi made sure to single out as well as John Farrell. Francona explained before the game that getting to see the Red Sox honor Ortiz was a “pretty cool” moment for him, too.

Ortiz played 14 years of his Hall of Fame career in Boston, producing many legendary moments and adopting the city as his own just as the city and its fans adopted him.

“Thank you very much, Boston,” Ortiz concluded his speech. “Here’s your son. I love you forever.” 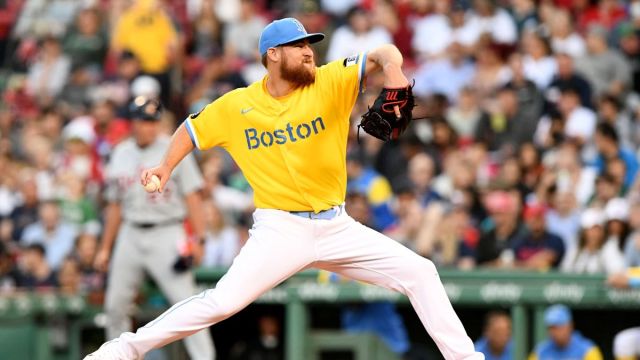 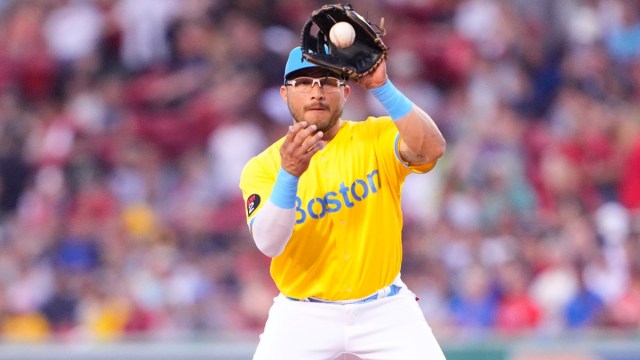