PITTSBURGH — Chase Winovich didn’t start a single game for the Patriots last season. He started nine the previous year, but also saw zero starts in 2019 when he was a rookie.

Well, the player he was traded for started for the Patriots on Sunday and already might’ve played his way into being a starter moving forward.

Mack Wilson, whom New England landed in its offseason deal with the Cleveland Browns, saw 64% of defensive snaps in New England’s 17-14 over the Steelers. That represents a significant uptick in usage from Week 1 when Wilson played in only 35% of the Patriots ‘defense snaps against the Miami Dolphins. Moreover, Wilson seemingly has flip-flopped with Raekwon McMillan (70% in Week 1; 20% in Week 2), who entered the season as New England’s starting inside linebacker alongside Ja’Whaun Bentley but wasn’t good against Miami. Wilson was part of a third-down sub-package in Week 1, but it was McMillan who played that role at Acrisure Stadium on Sunday.

And Wilson made the most of his opportunity. After playing well last week — especially against the run — the speedy, athletic Wilson showed well again in Week 2 and helped deliver one of the key plays in New England’s much-needed victory.

With the Patriots holding a 3-0 lead in the first quarter, the Steelers entered New England territory and called a play-action pass on first down. Quarterback Mitch Trubisky didn’t get Wilson to bite on the fake, and eventually saw his throw tipped by the Patriots linebacker before falling into the hands of cornerback Jalen Mills.

It was a perfect example of the kind of play that New England hoped it was getting when it acquired Wilson and the kind of play it rarely got from slow, aging linebackers in recent seasons.

“Yeah, it was a play-action pass, kind of pop pass over the middle,” head coach Bill Belichick said afterward. “(Wilson) made a great reaction to it. That’s a play that — it’s becoming a pretty popular play in the league. We run it, so I know they’ve seen it in practice. Miami ran it, Pittsburgh.

“And he’s really an outstanding athlete. He was able to — you know, I don’t know how many people would have made that play, but just his athleticism and ability to, like you said, get his hands on it and tip it to Mills. That was a big play for us.”

Star edge-rusher Matthew Judon believes Wilson is on the cusp of finishing those plays himself.

“You see it. He’s in the right spots, he’s moving fast,” Judon said. “He’s playing fast. Mack is a good player for us. When he’s making plays like that, or in spots like that, and reading the quarterback, he’s gonna start getting those. He’s gonna start catching them.”

Wilson is far from a finished product in the Patriots defense. The undersized linebacker made his fair share of mistakes in pass coverage throughout training camp and the preseason and also had a rough missed tackle against Najee Harris on Sunday.

But it’s important to remember that Wilson still is just 24 years old despite being in his fourth NFL season. Plus, playing in Cleveland for three seasons has done irreparable harm to far greater players.

But Wilson could become a valuable weapon in the Patriots defense if he takes to the coaching in New England. He could turn into a more athletic version of Kyle Van Noy, which would be a major win for Belichick and the personnel department.

We should get a decent litmus test on Wilson (and the rest of the Patriots defense, for that matter) when New England hosts the Ravens this weekend. Wilson’s unique skill set could come in handy against the uber-athletic Lamar Jackson and Baltimore’s group of speedy skill players, or he could show he’s not quite ready for primetime. Don’t be surprised if the former scenario wins out, though.

The Patriots and Ravens will kick off from Gillette Stadium at 1 p.m. ET. 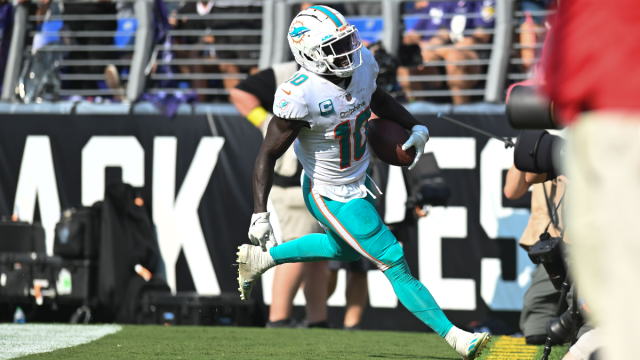 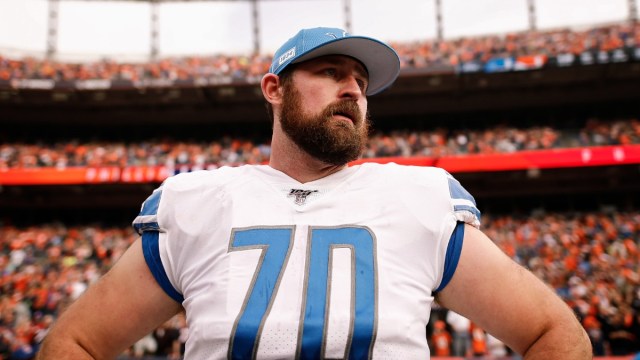