PITTSBURGH — It wasn’t pretty, but the Patriots on Sunday escaped Acrisure Stadium with a much-needed 17-14 Week 2 victory over the Steelers.

New England scored first and never trailed, with quarterback Mac Jones completing 21 of 35 passes for 252 yards and a touchdown to go along with one interception. Running backs Damien Harris and Rhamondre Stevenson combined for 118 yards on the ground with Harris delivering a touchdown.

Pittsburgh quarterback Mitch Trubisky racked up 168 yards and a touchdown while completing 21 of 33 passes. He also threw an interception.

Both teams now are 1-1, with the Patriots set to host the Baltimore Ravens next Sunday.

Here are three studs and three duds for New England from its win over the Steelers:

STUDS
WR Nelson Agholor
The Patriots desperately needed something good to happen before halftime, and Agholor delivered with an incredible 44-yard touchdown catch in the final minute of the second quarter. More plays like that would go a long way toward New England’s offense becoming a more dangerous unit. Agholor finished the game with six catches for 110 yards and one touchdown.

LB Mack Wilson
His tipped ball that resulted in an interception for Jalen Mills was one of the plays of the game for New England and the kind of thing the Patriots were hoping for when they traded for him during the offseason. Wilson’s speed and athleticism have shown up in both games this season and he already might’ve surpassed Raekwon McMillan in the linebacker rotation. The 24-year-old finished with three tackles, though he did miss a tackle against running back Najee Harris.

WR Jakobi Meyers
Just pencil him in every week. Meyers was immense on the Patriots’ first drive, converting two third downs before New England eventually settled for a field goal. He did have one drop, but Meyers otherwise was his reliable, tough self and continued to be Mac Jones’ most trusted target. The fourth-year pro finished with nine catches for 95 yards. It’s scary to think where this offense would be without him.

DUDS
QB Mac Jones
Jones was very shaky in this game. He threw one terrible interception in the first half — moments after missing a wide-open Lil’Jordan Humphrey for a potential touchdown — and could’ve thrown a couple more picks. The sophomore quarterback also was late on multiple throws, didn’t target open receivers and generally looked unsettled in the pocket — despite the protection being fine. There were some good plays from Jones in this game, but it was not an inspiring performance from the Patriots’ franchise quarterback.

WR DeVante Parker
We thought about going with Hunter Henry and Jonnu Smith, both of whom did basically nothing in this game. Instead, it’s Parker who gets the nod. The veteran now has just one catch for nine yards on four targets in his first two games with the Patriots — and two of his targets have resulted in interceptions. Parker was brought to New England to be the Patriots’ top receiver, but he’s been a total non-factor so far.

RT Isaiah Wynn
Wynn wasn’t terrible, but he was flagged for a holding and a false start. New England’s line as a whole looked jumpy in this game, again suggesting the group isn’t receiving the kind of detail-oriented coaching it needs. 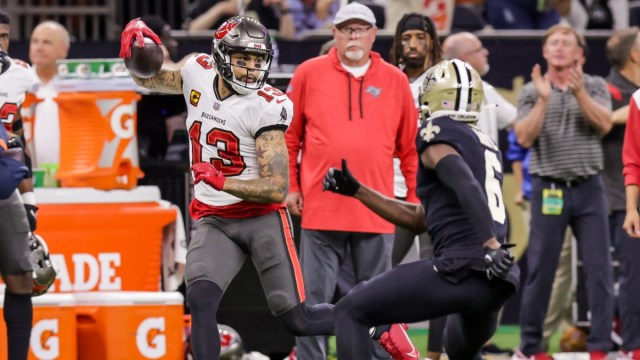 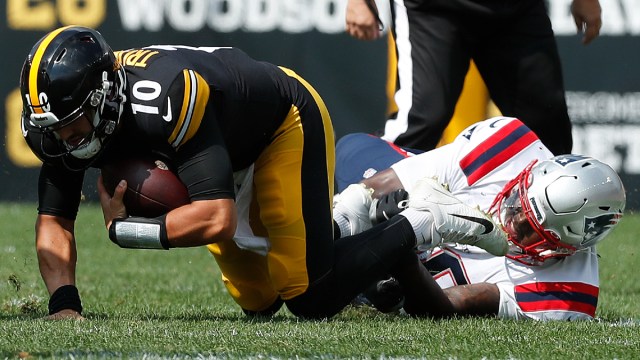 Eight Takeaways From Patriots’ Win Over Steelers In Week 2