Stevenson now plays an important role for the Patriots as half of one of the NFL’s top running back duos. But that didn’t happen overnight. The first several months of the 2021 draftee’s New England tenure, he’s admitted, were a struggle, both on and off the field.

So when Stevenson sees Strong — a fourth-round pick in this year’s draft — sit out Week 1 as a healthy scratch and then play only as a backup kick returner in Week 2, he can relate.

“First of all, I’m excited for that man,” Stevenson said Thursday. “I know how it is being young and playing in your first NFL game, so first and foremost, I just want to congratulate him on making that accomplishment. But I feel like he’s gaining more confidence.

“In a way, I kind of see myself last year in him. Just trying to learn everything and string every practice along and get better.”

Stevenson has spoken openly about his rookie difficulties, saying he was not prepared for the rigors of NFL life when he arrived in Foxboro last year. Asked during his first training camp what Stevenson needed to improve, then-running backs coach Ivan Fears flatly replied: “Everything.” Weeks later, Stevenson lost a fumble and blew a blitz pickup in the Patriots’ season opener and was exiled to the inactive list for the better part of the next two months.

“Oh, my god,” Stevenson said. “I feel for all the rookies when they’re not getting the full picture, because I’ve talked to all those guys (and told them) I’ve been there before. Offense, defense — I know how it is being the new guy just trying to fit into the system and just trying to show your worth, and that’s hard to do when you don’t know the playbook all the way and things like that. So I just tell them to focus on the playbook and everything else will come.”

Stevenson eventually gained a permanent foothold in the Patriots’ backfield and was one of the NFL’s top rookie rushers during the back half of the season. He entered Year 2 as the 1B to Damien Harris’ 1A and now is using his own experiences to help guide Strong and 2022 sixth-rounder Kevin Harris.

Harris is on the practice squad. Strong made the 53-man roster, but after dealing with an undisclosed injury that limited him early in training camp, he hasn’t looked ready for an legitimate offensive role.

“I tell them all the time, it was a lot of trial and error,” Stevenson said. “Me on the big screen in front of the whole team just getting (chewed out). Things like that. I feel like that’s what made me, so I tell them all those stories and just let them know that this is just the start for you.”

Stevenson also hopes his own career is just getting started. The Oklahoma product has carried 17 times for 74 yards so far this season and should have a substantial role in the Patriots’ passing game with third-down back Ty Montgomery on injured reserve.

The Patriots will host the Baltimore Ravens this Sunday in their home opener. 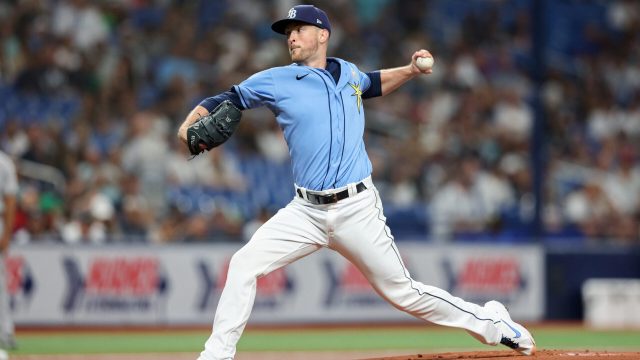 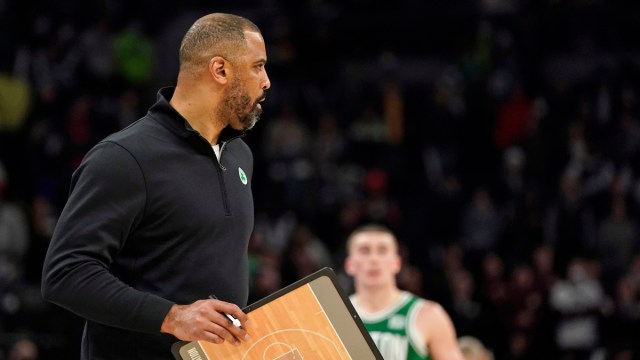