How Lil'Jordan Humphrey Is Impressing Patriots In Hybrid Role - NESN.com Skip to content

FOXBORO, Mass. — Lil’Jordan Humphrey is a wide receiver for the New England Patriots.

Humphrey is listed as a wideout, practices with the wideouts and lines up where a wideout typically would. But head coach Bill Belichick has, on multiple occasions, referred to the 24-year-old as a player without a conventionally defined role.

Back in the preseason, after Humphrey led the Patriots in receiving yards and acrobatically downed a punt near the goal line in a win over the Carolina Panthers, Belichick called him “kind of a big receiver/tight end-ish type of guy.” The coach offered a similar description Wednesday, saying Humphrey “doesn’t really fit a mold for a certain position.”

“But he’s a good football player,” Belichick added. “I’m glad we have him.”

Humphrey didn’t make the Patriots’ initial 53-man roster, but it didn’t take him long to find a niche in New England’s offense.

He was elevated from the practice squad in Week 1, surprisingly playing more offensive snaps (three) than 2021 standout Kendrick Bourne (two) in a loss to the Miami Dolphins. When Ty Montgomery landed on injured reserve days later, Humphrey officially was promoted to the 53-man roster. He played 26 snaps (38%) in a 17-14 victory over the Steelers, mostly focusing on one singular task: run blocking.

Though Humphrey did come through with one clutch reception in Pittsburgh — an 11-yarder from Mac Jones that helped prolong New England’s game-clinching final drive — just five of his 26 snaps were passing plays. On the other 21, the Patriots had him use his 6-foot-4, 225-pound frame to clear paths for ball-carriers Damien Harris and Rhamondre Stevenson.

Three plays after his lone catch, Humphrey — whom Jones called “a beast” during the preseason — blocked two Steelers defensive backs to help spring Harris for a 16-yard gain. The Patriots picked up one additional first down shortly thereafter to salt away their first win of the season.

Run-blocking is a decidedly unsexy aspect of a wide receiver’s job, but Humphrey has excelled in that specific role so far this season. Through two games, he’s the Patriots’ highest-graded run blocker by Pro Football Focus (90.9) and the NFL’s second-highest-graded run-blocking wideout among those with at least 20 run-blocking snaps. Only Indianapolis’ Austin Dulin (91.8) ranks higher.

Belichick, who spotlighted the aforementioned block in his weekly “Belichick Breakdown” segment, said Humphrey “no doubt” has made a positive impact in the run game.

“I think (he’s brought) some of the toughness that we were talking about,” Belichick said in his Wednesday news conference. “Made a big catch there on that second-and-long that got us into a third-and-short there in the last drive where Mac ended up scrambling. He’s had a lot of tough yards in preseason, made some tough catches over the middle, fought for some extra yardage. Run after the catch with the ball, blocked, played in the kicking game. Made some big plays for us in preseason, downing kicks and covering kicks. He’s an interesting guy.”

Having a player like Humphrey also has given the Patriots some roster and personnel flexibility. With Belichick viewing him as a receiver/tight end hybrid, he’s felt comfortable carrying just two official tight ends (Hunter Henry and Jonnu Smith) on the 53, with two more on the practice squad. Last season, the Patriots rostered third tight end Devin Asiasi for depth purposes, and he was a healthy scratch for all but one game.

Humphrey also can be used to create favorable matchups depending on how he’s deployed, with the Patriots able to simulate 12 personnel (two tight ends) against a lighter defense prepared to defend against 11 (three wide receivers). New England veered away from two-tight end sets against Pittsburgh — playing Henry and Smith together on just two non-kneeldown snaps after doing so on nearly half of its plays in Week 1 — but created a much larger role for the rugged Humphrey.

“He’s not afraid to get his hands dirty,” said fellow wideout Jakobi Meyers, a stout blocker himself. “He’ll go there and make blocks that a lot of guys probably in the NFL wouldn’t want to block. … I feel like he’s going to be a good player for us.”

With Meyers’ status in question after he sat out Wednesday’s practice with a knee injury, the Patriots could ask even more of Humphrey when they host the Baltimore Ravens this Sunday in their home opener. 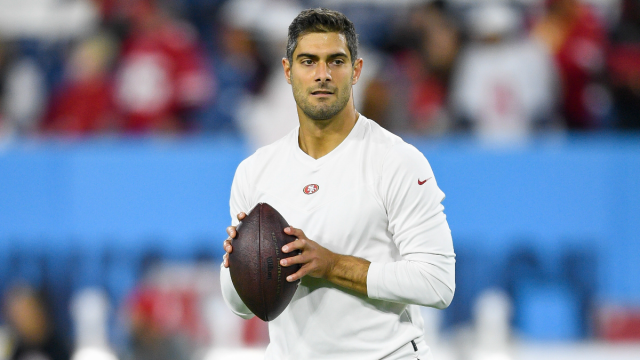 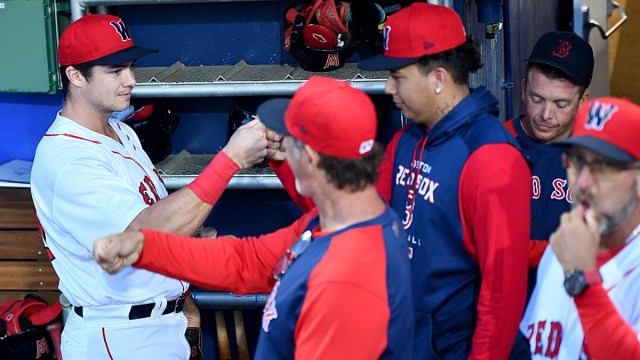