Tom Brady has not experienced a lower moment than this during his tenure with the Tampa Bay Buccaneers.

Brady and the Buccaneers were completely outclassed by the woeful Panthers in Week 7, despite Carolina working with an interim coach and having traded its best player, Christian McCaffrey, just three days prior. Todd Bowles and his staff were among the most glaring problems as Tampa Bay’s offense went 2-for-12 on third down, and 1-for-3 on fourth down all while the Panthers averaged 6.9 yards per play and 6.4 yards per rush against a Buccaneers’ defense which entered having allowed the seventh-fewest yards per attempt. Again, Carolina was without its All-Pro running back and instead looked to D’Onta Foreman and Chuba Hubbard to lead the way.

And the fact that Sunday’s loss followed up a defeat to the Pittsburgh Steelers, another team which entered its game against the Bucs with a mere one win, makes it all the harder to fathom. Twice staring down “get-right” spots, the Buccaneers lost both games to fall to 3-4 and became the first team to lose consecutive games as a double-digit favorite since the 2009 Pittsburgh Steelers, per ESPN. The two-week stretch also marked the first time Brady has lost consecutive games when entering as a double-digit favorite in each of those contests.

“It’s about as dark as it’s going to be right now,” Bowles told reporters after the 21-3 defeat in Carolina, per the team.

Brady, who fell to 3-4 for the first time since 2002, added: “Anytime you lose one game it’s no fun, you lose two it’s worse. We just got to figure it out, dig deep, try to do things a lot better.”

Could the Buccaneers turn things around if they start to do a number of things better? Well, sure. But it sure feels like Brady and company are in trouble.

Tampa Bay is one of worst rushing teams in the league, having ranked dead last in rushing yards and rushing yards per attempt entering Week 7, with an inability to gain on early downs proving a major issue. Tampa Bay ran for just 2.9 yards per carry on 16 attempts against the Panthers one week after getting no push against the injury-plagued Steelers. And while it’s probably unfair to say Brady looks washed up, the 45-year-old quarterback isn’t performing his best either. He had a pedestrian stat line of 32-for-49 for 290 yards in Week 7, though a bad drop by receiver Mike Evans might have changed the complexion of the game and certainly would have bettered his numbers. A red-zone opportunity in the fourth quarter, though, went for three Brady incompletions as the Buccaneers’ offense again stalled.

On the other side, the defense now has allowed Mitchell Trubisky and P.J. Walker to shred them in back-to-back games. The Panthers scored touchdowns in each of the final three quarters Sunday behind 343 yards of offense with a balance of 170 passing and 173 rushing. Bowles cited some defensive mistakes that allowed Carolina to break a pair of long runs, depicting the inconsistencies the Bucs have showed in recent weeks.

And the injury excuse is gone for Tampa Bay. Julio Jones and Ryan Jensen remain out, but the majority of the roster is healthy while injuries at this point are something every team is dealing with.

Tampa Bay sits in a tie for first place in the AFC South along with the Atlanta Falcons, who they defeated head-to-head in Week 5. It looks like the division winner might not even need to get to double-digit victories. But for a team which entered the season with Super Bowl hopes, the Buccaneers don’t appear close to competing on that stage. 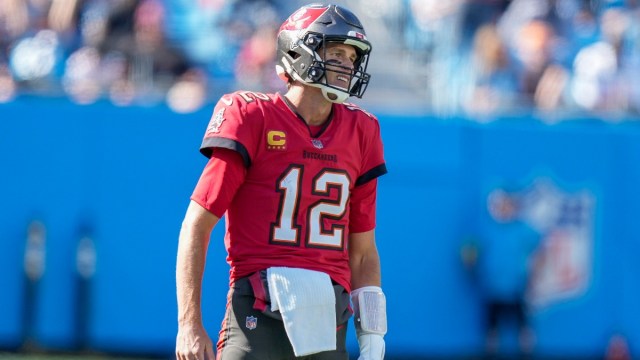 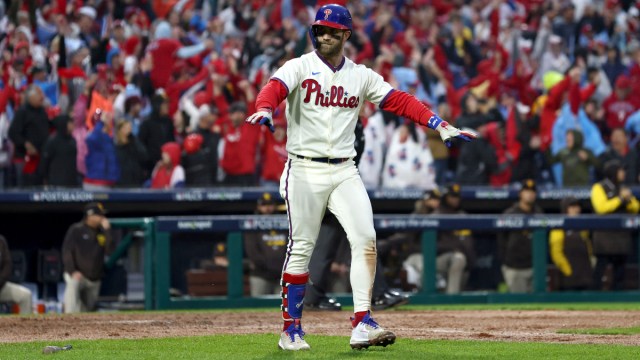