The Bruins have received strong goaltending during the early portion of this season, but that trend didn’t exactly continue Tuesday night and Boston lost one of its netminders to an injury as well.

Jeremy Swayman, who came in for relief of starter Linus Ullmark midway through the second period, suffered an apparent injury to his left leg with 14:18 left in the third period that caused him to leave the game in a 6-5 overtime victory against the Pittsburgh Penguins at PPG Paints Arena. The injury was serious enough that Swayman needed to be helped off the ice by Brandon Carlo and Brad Marchand.

Swayman sustained the injury due to Patrice Bergeron trying to break up a play in front of the net while the Penguins were on the power play. The Bruins captain lost his balance and slid feet-first into Swayman, catching the 23-year-old goalie in a vulnerable position and causing his leg to bend awkwardly. With Swayman sprawled out on the ice, Bergeron immediately signaled to the Boston bench for the medical staff.

First-year Bruins coach Jim Montgomery did not provide an update on Swayman following the contest, but there was a potential sign that the injury might not be as serious as originally expected. The Boston Globe’s Matt Porter reported that Swayman was walking around without the help of crutches after the game.

Swayman started the game on the bench before Montgomery called upon him after Ullmark gave up his fifth goal with 8:24 to go in the second period. Swayman faced only four shots during his time on the ice and turned aside each one.

Swayman wasn’t the only injury the Bruins were dealt in the win. Defenseman Derek Forbort suffered an upper-body injury early in the contest and the Bruins ruled him out at the start of the second period.

The Bruins continue their road trip Thursday when they travel to New York to take on the Rangers. Puck drop is scheduled for 7:30 p.m. ET. 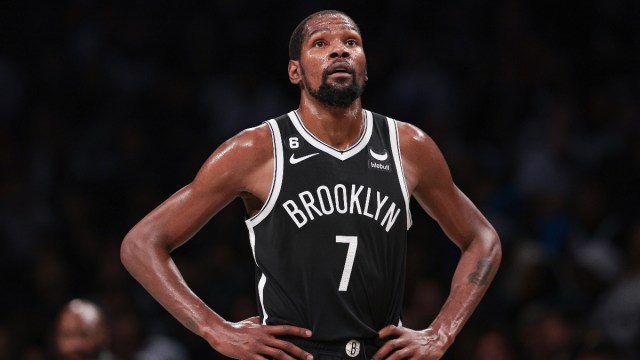 How Kevin Durant Found Out About Steve Nash’s Nets Departure 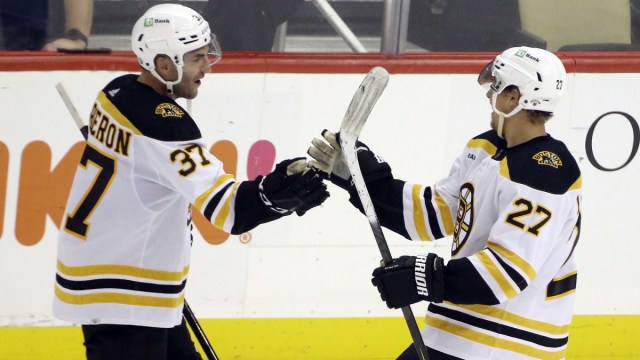