The Bruins’ historic start continued Monday night, and Patrice Bergeron added to his own history in the win.

Boston defeated the Tampa Bay Lightning, 5-3, at Amalie Arena to improve to 17-2-0 on the season. The Black and Gold are second team in NHL history to win 17 of their first 19 games, joining the 1929-30 Bruins, according to ESPN Stats and Info.

The win was Boston’s seventh straight, and it was a special victory as it came on the night where Bergeron recorded his 1,000th career point. The Bruins captain became the fourth player in franchise history to reach 1,000 points — joining Ray Bourque, John Bucyk and Phil Esposito. The future Hall of Famer is the 94th player in NHL history and the eighth active player with 1,000 points.

“No, I didn’t know,” Bergeron told NESN’s Sophia Jurksztowicz when asked if he knew the team would leave the bench to congratulate him, as seen on the network’s postgame coverage. “I just saw (Brad Marchand’s) reaction. That’s when I kind of realized that I touched it, so I got it. It was kind of a surreal moment. It actually was cool to see everyone jump on like that and very thankful for you know all those guys — a big part of what makes it fun to play this game.”

Also on NESN’s postgame coverage, Marchand added on the post-goal celebration: “We talked about it as a group. Obviously, we’ve seen in the past where guys get to celebrate with him, and it is a special moment. It doesn’t happen often, and obviously couldn’t be with a better guy. So, just a great opportunity to be out there and have the whole group celebrate with him. We were happy to be there, be part of it, and just so happy for him. It’s just another milestone in such an incredible career. Obviously, a Hall of Famer, so it’s fun to see.”

— Bergeron only had one assist on the night, but the Bruins continued to be the NHL’s top team in goal scoring with a total tally of 74 after Monday’s game. The assist was the center’s ninth of the season.

“I think how humble he is and just how dedicated he is to trying to make everyone around him better as a player and as people,” head coach Jim Montgomery said on what impresses him about Bergeron, as seen on NESN’s postgame coverage.

— Linus Ullmark had two goals go past him, but the goaltender recorded 35 saves on the night and earned his NHL-best 13th win of the season. In his past 10 starts, the 29 year old is 9-1-0 with a 1.84 goals against average and a .938 save percentage.

“Ullmark, always, every game just gives us a chance to win,” Montgomery said. “Whether it’s we start slow or we end slow or our second periods for a while weren’t good, he’s just seeing the puck really well, and he’s covering up. There’s not many rebounds around him.”

— Trent Frederic left Monday’s game with an upper-body injury. An update was not provided postgame.

— The Bruins were 2-for-4 on the power play Monday night and 2-for-3 on the penalty kill. David Pastrnak and Nick Foligno scored with a man advantage for Boston.

— Charlie McAvoy had two assists on the night, and in just six games, the defenseman has nine points this season, including eight assists.

— The Bruins will take on the Florida Panthers at FLA Live Arena. Puck drop is scheduled for 7 p.m. ET on Wednesday, and you can catch full coverage and an hour of pregame on NESN. 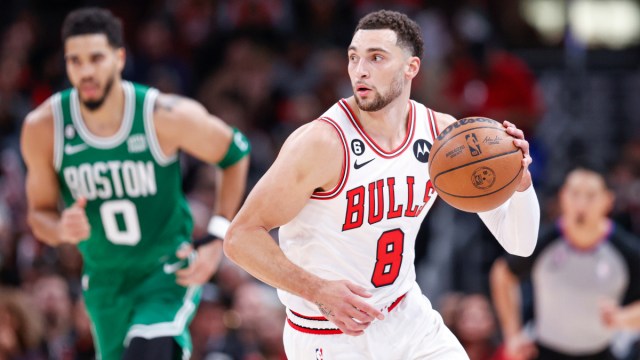 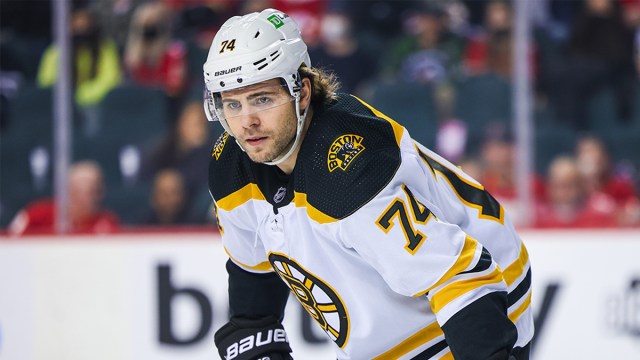