The Boston Celtics took the floor against the Miami Heat on Wednesday night with a few notable figures in attendance, and they didn’t really care.

Prince William and Princess Kate, who sat courtside alongside team owner Wyc Grousbeck and Steve Pagliuca, watched the Celtics defeat the Heat,134-121, at TD Garden. However, they didn’t particularly serve as stunning attention grabbers for several members of the Celtics, who were much more focused on notching their 18th win of the season.

Jaylen Brown, who finished with 26 points to serve as the contest’s second-highest scorer, kept his reply short and simple when asked to provide his reaction to playing in front of the Prince and Princess of Wales.

“It was just a regular game to me,” Brown said, as seen on NBC Sports Boston’s postgame coverage.

Derrick White, who notched his fourth consecutive game with at least 15 points by supplying the Celtics with 15 points and five assists on 6-of-10 shooting from the field, also had a much similar reaction — revealing that he isn’t much familiar with the two at all.

“I am not a big royal family guy,” White said, as seen on NBC Sports Boston’s postgame coverage. “I almost bumped into them. … I don’t know too much about that.”

Then came an all-time reaction from Celtics interim head coach Joe Mazzulla, who took a spiritual route when asked the same question by reporters.

“Jesus, Mary, and Joseph?” Mazzulla said, according to Jared Weiss of The Athletic. “I’m only familiar with one royal family. I don’t know too much about them. But hopefully, they’re Celtics fans.”

Nevertheless, the Celtics continue to set the royal standard in the NBA. Winners of five straight, including 10 in a row on their home parquet, the Celtics remain atop the league after their first 22 games played.

Boston and Miami will meet again on Friday. Tipoff from TD Garden is scheduled for 7:30 p.m. ET. 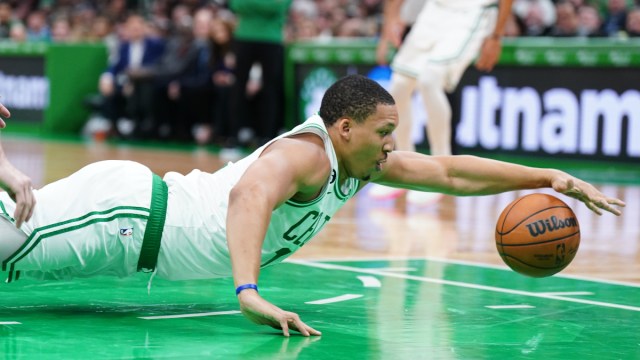 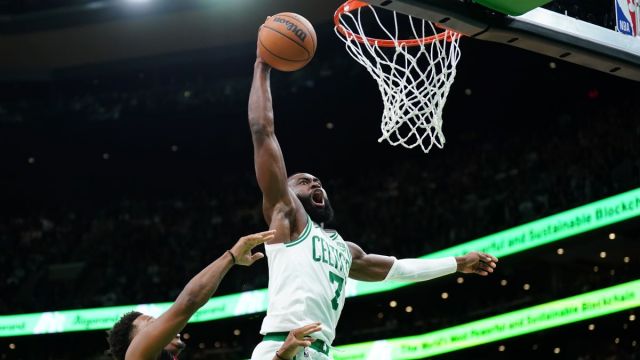