Ending his latest campaign with the New York Yankees in 2022, outfielder Andrew Benintendi is officially on the market as an unrestricted free agent.

Benintendi was dealt by the Royals at the Major League Baseball trade deadline in July, splitting the year between the Yankees and Kansas City. The veteran assembled his first career All-Star season, as in 126 games played, the 28-year-old batted .304/.373/.399 with five home runs, three triples, 23 doubles and 51 RBIs.

However, Benintendi’s future remains in question after enduring postseason elimination with the Yankees.

With that being said, here are four teams that Benintendi could sign with this offseason:

Chicago White Sox
During the year, White Sox hitters struggled at the plate against right-handed pitching, batting .251/.303/.375 in 4,399 at-bats. That’s over double their 1,212 at-bats against southpaw pitching and this is where Benintendi comes into play.

A left-hander, both at the plate and in the outfield, Benintendi had a strong showing against right-handed pitching last season. In 327 at-bats against righties, Benintendi hit .318/.384/.428, including 20 doubles. Benintendi has also proven to be a big league-caliber outfielder who, if able to replicate his offensive production against righties with a dash of more pop to his bat, should have no problem fitting into the White Sox lineup.

The White Sox finished their year with a .500 record of 81-81. It’s no secret that addressing some much-needed stability in right field would certainly help Chicago get over the hump in the American League Central in 2023.

Houston Astros
In the midst of their dynasty run after making their fourth World Series appearance in six seasons, the Astros are built to contend for years to come. There’s no room for debate there with now six consecutive trips to the ALCS.

Adding Benintendi to Houston’s already dominant roster could be beneficial for a few reasons.

For one, where Benintendi lacks power, the Astros more than make up for it with sluggers such as Yordan Alvarez, Kyle Tucker and Jose Altuve. Speaking of Alvarez, who crushed a career-high 37 home runs on the season, a signing of Benintendi would allow the 25-year-old power bat to focus solely offensively, serving as the Astros’ designated hitter full-time. This season, Alvarez made 56 appearances in the outfield.

Then there’s the uncertainty of Michael Brantley, who is recovering from a season-ending shoulder injury. Brantley, 35, has spent the last four years in Houston but is scheduled to enter the market as an unrestricted free agent in 2023. Perhaps Houston passes on re-signing Brantley as a cost-efficient move, shifts Alvarez to the designated hitter spot, and adds Benintendi for a corner outfielder role.

Cleveland Guardians
After clinching the AL Central with flying colors this past season, the Guardians came up short, yet again, against the Yankees in the ALDS.

Aside from star infielder José Ramírez, the Guardians lineup is lackluster across the board. There was little to no stability in Cleveland’s outfield, which totaled 22 home runs, split between four outfielders with five others not going deep a single time. Center fielder Myles Straw, who led the outfield with 152 games played, only batted .221 with 32 RBIs and served as one of the Guardians outfielders to go homerless despite getting 535 at-bats.

Benintendi hit for a better average than any other Guardians outfielder aside from Will Brennan, who batted .357 but only played 11 total games.

If the Guardians front office has any intentions of getting over the hump and returning to the World Series for the first time since 2016, they’ll certainly consider repairing their lackluster outfielder.

Tampa Bay Rays
Hovering around the top of the AL for the better part of the last decade, the Rays seem to always avoid closing their window for contention.

With the AL East featuring three postseason teams — the Yankees, Rays and Toronto Blue Jays — Tampa Bay has no room to take its foot off the gas. Not to mention the Boston Red Sox embarking on their comeback campaign after missing the postseason.

Aside from star left fielder Randy Arozarena, the Rays have an offensive dilemma to address in their outfield. Brett Phillips, who played 75 games for Tampa Bay last season, notched an underwhelming .147 batting average with just 14 RBIs while Kevin Kiermaier only hit .228 with 22 RBIs.

While around the same range in regard to power, Benintendi was a much more efficient hitter last season. In fact, if Benintendi was in the Rays lineup last season, he would’ve been one of just two hitters to bat at least .300 — with the other being designated hitter Harold Ramirez, who batted .300 in 120 games played.

Benintendi comes off a one-year deal worth $8.5 million, initially signed after beating the Royals in arbitration. 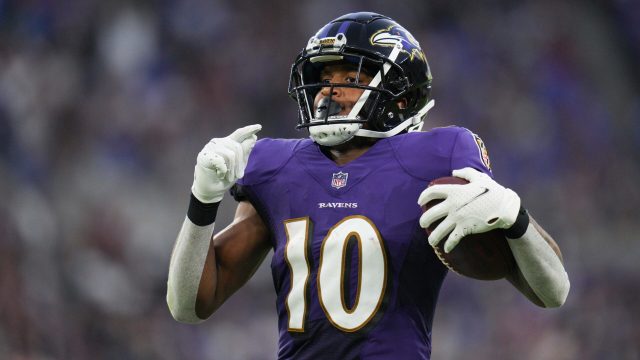 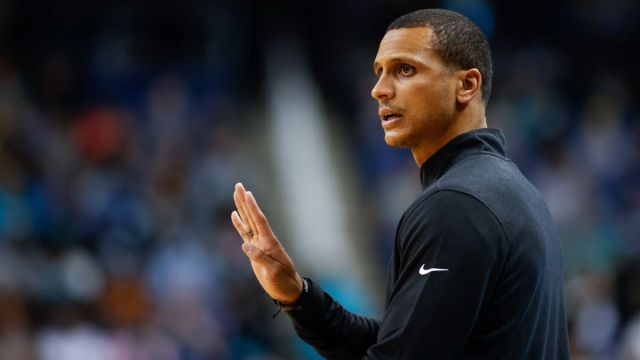