Belichick said offensive tackle Conor McDermott, whom the Patriots signed off the New York Jets’ practice squad two weeks ago, has “picked things up well” since arriving in New England.

“About as good as you could expect for a player coming in like this,” the Patriots head coach said. “Maybe Mayfield, but it’s still pretty good.”

McDermott can’t claim that type of immediate success, but injuries quickly propelled him into a prominent role for New England. After dressing but not playing against the Minnesota Vikings on Thanksgiving, the 30-year-old played every snap at left tackle in last Thursday’s loss to the Buffalo Bills.

It was McDermott’s 44th career appearance and his first for the team that drafted him. The Patriots selected the UCLA product in the sixth round in 2017 but cut him before his rookie season. Belichick said the team hoped to keep him around on the practice squad, but Buffalo claimed him. McDermott went on to play two-plus seasons with the Bills and 3 1/2 with the Jets before landing back in Foxboro.

“Conor’s played in the league,” Belichick said. “He’s played in this division and had a good training camp with us (as a rookie). We had a really good experience with him from when we drafted him all the way to the last cut. We were hoping to get him back on the practice squad, but he got claimed. So it’s kind of been a long, winding road here.

With Trent Brown battling an illness, Isaiah Wynn and Yodny Cajuste recovering from foot and calf/back injuries, respectively, and Marcus Cannon yet to return from injured reserve, McDermott is the Patriots’ only fully healthy tackle entering Monday night’s must-win matchup with the Arizona Cardinals. New England also has Hunter Thedford, a recently converted tight end, on its practice squad, but Belichick suggested he’s not a viable gameday option at this stage.

“He hasn’t been here very long,” Belichick said of Thedford, who last played in the USFL. “That would be a lot to ask, but I don’t know.”

Wynn has not practiced this week. Brown played sick against Buffalo and sat out practice Tuesday and Thursday before returning Friday in a limited capacity. 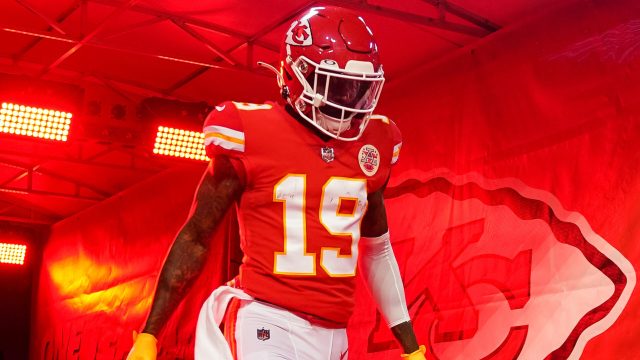 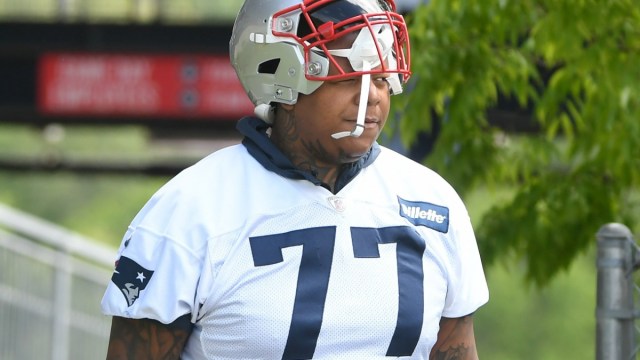