Even with the right side of his face bruised and battered, Boston Bruins center Patrice Bergeron didn’t look for a day off Thursday.

The Bruins certainly had built-in excuses to rest their 37-year-old captain with Boston playing the second leg of a back-to-back against the New York Rangers and not needing the points due to its season dominance.

But load management isn’t exactly in Bergeron’s vernacular — he admitted Bruins management has discussed the idea for their aging star — so even after taking a puck to the face less than 24 hours earlier, he was in the lineup and contributed to a 3-1 win at Madison Square Garden with his 17th goal of the season.

“That’s something they’ve talked about,” Bergeron told reporters as seen on NESN postgame coverage. “Those are decisions they need to make. That’s what I told them. They need to make that decision if that’s what they want. If they’re going to leave it up to me, and obviously you want to play as a competitor, so when it was up to me I felt good enough to play.”

Bergeron gained even more admiration from his teammates and coach Jim Montgomery when he displayed his superior toughness in the moments after the injury occurred against the New York Islanders. Bergeron had to be helped down the tunnel and to the locker room in the third period, but emerged on the bench less than two minutes of game action later to help the Bruins put the finishing touches on a 4-1 win.

Even following the painful injury, the 19-year pro was optimistic he could play on no days rest and he sure looked like his usual self, especially when he beat Rangers goalie Igor Shesterkin with a wrister 4:42 into the second frame.

“It was more making sure everything was fine depending on the swelling, how it was going to feel today,” Bergeron said. “I was hoping it was going to stay manageable and it did. There was no issues for me on the ice.” 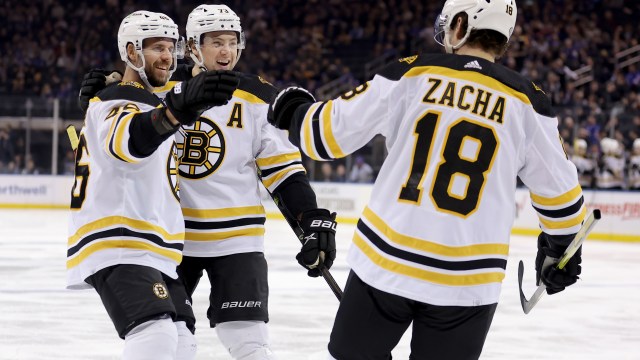 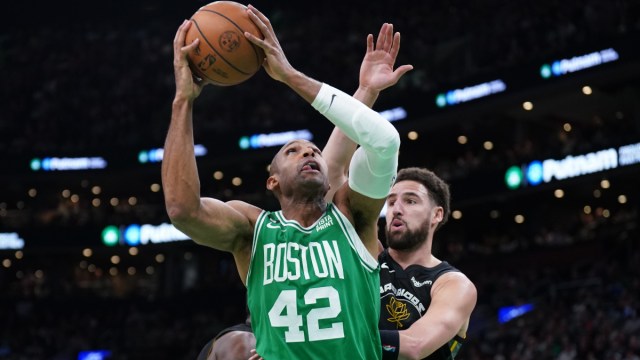