The Boston Bruins completed a sweep of their New York road trip with a 3-1 victory over the New York Rangers at Madison Square Garden on Thursday night.

ONE BIG TAKEAWAY
While the Bruins took the ice against the NHL’s defending Vezina Trophy winner Igor Shesterkin, that wouldn’t be enough to stump Boston en route to its fourth straight win and eighth in its last nine games.

Instead, Jeremy Swayman highlighted the goaltending battle between the Rangers and Bruins. It was a deja vu showing for Swayman, who nearly replicated his perfect performance Monday night against the Philadelphia Flyers — his first shutout of the season. Swayman picked up right where he left off and outdueled Shesterkin with flying colors.

This positioned the Bruins’ offense to not require too much scoring production in order for Boston to remain in the win column.

Pavel Zacha entered the night with four points in his previous two games and added to that total quickly in the first period with a goal. Followed by some beneficial insurance tallies for safety measures, Boston dominated for the better part of all three periods.

STARS OF THE GAME
— Swayman was spectacular throughout the night for Boston, beginning his performance with an 11-save opening period. The 24-year-old kept the Rangers scoreless through two periods to put together a 158:42 shutout streak. Swayman finished with 31 saves.

— Zacha got the offense started with a tip-in goal from a David Krejci shot attempt just 1:19 into the game.

— Patrice Bergeron added the eventual game-decider with a wrist shot past Shesterkin. It was the second goal of the month for the Bruins captain.

WAGER WATCH
Before the start of the game, DraftKings Sportsbook set the odds of Zacha serving as the opening scorer at +1800. Zacha cleared those odds within the first two minutes and netted his eighth of the season. A $100 bet on the left winger would’ve resulted in a $1,900 total payout.

UP NEXT ON NESN
After back-to-back games on the road, the Bruins will return to their home ice on Sunday against the San Jose Sharks. Puck drop from TD Garden is scheduled for 7 p.m. ET, and you can catch the game, along with an hour of pregame coverage, live on NESN. 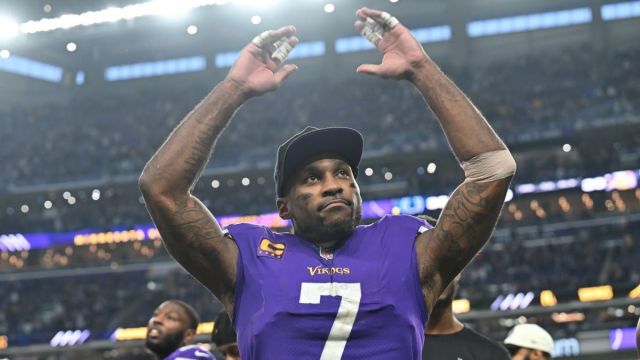 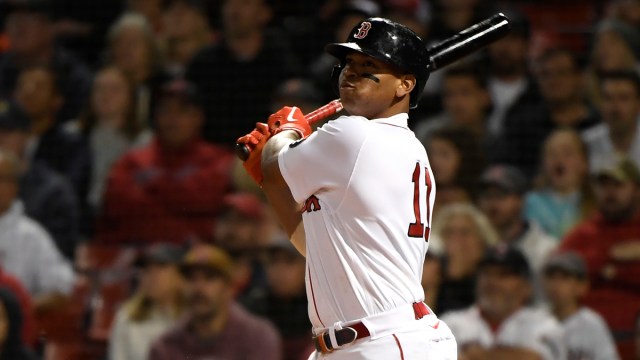