Now that David Ortiz has been re-signed, Red Sox general manager Ben Cherington can turn his attention to other areas of need, and one question mark surrounding the team is its right field situation.

According to ESPN’s Buster Olney, Cody Ross is seeking a contract in the three-year, $25 million range. While Ross was a heck of a player for Boston last season, there’s a chance Cherington and Co. could ultimately find the price tag to be too high and thus look elsewhere when it comes to the corner outfield positions.

If the Red Sox do look elsewhere, they’ll have some in-house options, including Ryan Kalish. If the club elects to go outside the organization, either via free agency or trade, Torii Hunter could be an intriguing option.

WEEI.com Rob Bradford reports that the Sox are showing interest in Hunter, whom the Angels did not offer a qualifying offer. The 37-year-old is coming off a season in which he hit .313 with 16 home runs and 92 RBIs in 140 games for the Halos, and the outfielder has a solid relationship with the recently signed Ortiz. All that being said, perhaps he’d be a nice fit in Beantown.

NESN.com assistant editor Ricky Doyle caught up with MLB writer Didier Morais to discuss a potential Red Sox-Hunter connection, and they think it would work out well. The two also discussed a number of other topics, though, including Ortiz’s new deal, Jacoby Ellsbury‘s future, potential trade targets and the upcoming World Baseball Classic. 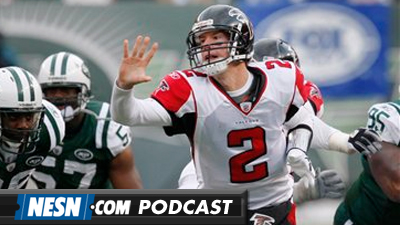