As we count down the days until Opening Day, it is time to look at each of the teams on the Red Sox' 2010 schedule. Our ninth installment examines the Minnesota Twins.

Outlook: Throw away the sloppy loss to the New York Yankees in the American League Division Series.

The Twins are ushering in a new era, moving to Target Field this year and — if all those crossed fingers in Minneapolis mean anything — signing all-everything catcher Joe Mauer to a long extension. One of the best management teams in the game remains in place, and before the Yanks did their deed, Minnesota did wonders to even reach the playoffs.

The momentum of that run and a quality offseason should usher a positive vibe into the new home.

(Cue the sound of a needle skidding off a record.)

In the third inning of a meaningless Grapefruit League meeting with the Red Sox last weekend, All-Star closer Joe Nathan left after feeling something in his elbow. An MRI revealed a ligament tear, and if two weeks of rest do not do the trick, his season is done.

Some have said the Twins are no longer favorites to repeat without Nathan, who has averaged 41 saves in six seasons with the club. But if this organization has taught us one thing in recent years, it?s not to count it out. The club?s ability to erase a seven-game deficit in the final month of the 2009 season will attest to that.

Jon Rauch or Matt Guerrier will likely get some save chances if Nathan cannot go. And while the bullpen would be weakened, Minnesota expects to get more innings out of a healthier, deeper starting rotation which struggled at times in 2009.

While the only starting staff in the AL to issue fewer than 300 walks last season, the Twins' front five ranked 11th in the league in innings pitched and 12th with a collective 4.84 ERA. The team as a whole has seen an increase in runs allowed each of the last four seasons.

Carl Pavano is in for a full season after turning into a solid midseason acquisition last year. Scott Baker is looking for a bounceback campaign, Kevin Slowey is hopeful for a healthy year and Nick Blackburn is pleased with a new contract. Finally, and this is the potential difference-maker, Francisco Liriano appears to have rediscovered some of the form which saw him dominate batters as a rookie in 2006.

Manager Ron Gardenhire has few concerns with the everyday lineup. From Denard Span, perhaps the team?s best leadoff man since Chuck Knoblauch, to J.J. Hardy, who hit 50 home runs between 2007 and 2008 and should hit eighth, there are bats to beat you at every turn.

You know Mauer and his pal Justin Morneau. And more people outside the Twin Cities are now aware of Jason Kubel and Michael Cuddyer after the pair combined for 60 home runs last year. Toss in a slimmer Delmon Young and newly acquired second baseman Orlando Hudson in the two spot, and you have an order that can contend with any in its division.

And even if it can?t, can you count the Twins out?

What it means to the Red Sox: After the Red Sox and Twins square off seven times in Grapefruit League action with the coveted Mayor?s Cup on the line, the two teams usher in the Target Field era April 12. It?ll be hard to tell who is happier with the move, for the Red Sox had some miserable trips to the Metrodome — Boston went 10-19 in its last nine trips to Minneapolis. 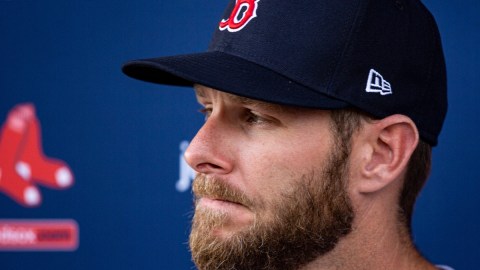