It’s sometimes easy to forget that professional athletes have lives outside of their sports, but at the end of the day, they’re still normal people.

They enjoy the same everyday things that everyone else enjoys. The only difference is that they are among the best in the world at playing a sport.

Many have said that hockey players are the most down-to-earth athletes and are most similar to the everyday working person.

So it should come as no surprise that when members of the Bruins are at home, they often enjoy the same sorts of activities and interests that many of the people who follow their every move on the ice enjoy.

For instance, did you know that goalie Tim Thomas would enjoy being a guest on The Glenn Beck Show and enjoys the twang of country star Garth Brooks? Alright, maybe that doesn’t exactly resonate with fans here in Boston. But there’s always Matt Hunwick, who enjoys listening to Bob Seger and would own his own construction company if he wasn’t playing in the NHL.

Of course, even the Bruins have their share of embarrassing memories as well. Take defenseman Mark Stuart, for example. One thing his teammates don’t know about him? He was in a fashion show when he was a kid.

Think you know the Bruins off the ice? 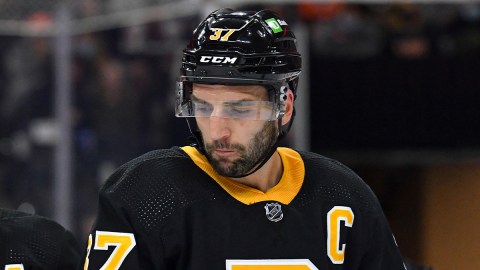