Red Sox fans know what kind of on-field skill set Adrian Gonzalez will bring to Boston, but what they may not know, is that the All-Star first baseman also has a sense of humor.

CBSSports.com details a humorous story in which Gonzalez had some fun recently at the expense of Red Sox outfielder Jacoby Ellsbury.

When Gonzalez was in town just over a week ago to try and negotiate a new deal with the Sox, he went out to dinner in downtown Boston. While there, Gonzalez ran into Ellsbury. According to the story, Ellsbury approached Gonzalez to exchange pleasantries, at which point Gonzalez had kind words for Ellsbury.

"And my place is going to be open, so if you need a place to stay in San Diego, let me know," Gonzalez said, jokingly referencing that Ellsbury was part of the trade that brought Gonzalez to Boston. Not surprisingly, the story references a Padres executive who claimed Ellsbury "momentarily froze" upon hearing the offer.

Gonzalez, a known workaholic, already seems to be fitting in quite nicely in Boston. Fans have got to be hoping that this is a sign of a seamless transition into the Red Sox clubhouse for both Gonzalez and the recently signed Carl Crawford, a transition that could bolster team camaraderie.

Although it won't be Ellsbury doing so, Gonzalez may need to find someone to sublet his recently purchased luxurious seven-bedroom, 10-bathroom mansion in Southern California. 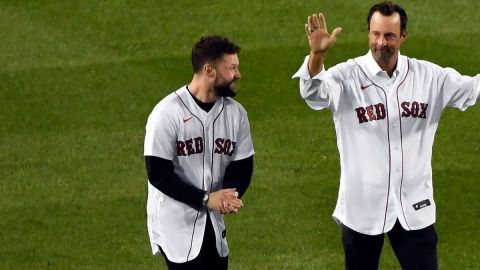