The Bruins let one slip away in Toronto on Saturday night, both literally and figuratively.

Boston was 41.2 seconds away from escaping the Air Canada Centre with a 2-1 victory despite being outplayed by a desperate Maple Leafs club for most of the night.

But one-time Bruins prospect Kris Versteeg tied it on the power play, then former Bruins forward Phil Kessel finally did something positive against his old club as he scored the deciding goal in the shootout for a 3-2 victory.

Even that goal didn't come easy for Kessel, who has not scored a regular goal in eight games against Boston since being traded to Toronto before the start of last season. Bruins goalie Tim Thomas read Kessel's move perfectly and stopped the shot, but couldn't stop his own momentum as he slid back into the net and over the goal line with the puck.

"I slid into the net basically," said a frustrated Thomas. "They scrape the ice [for the shootout] and it's more slippery than at any other time, even normal fresh ice. It's just frustrating when you make the save but you can't stop your backwards slide because of dry scraped ice, which you never face at any other time in hockey."

After overtime, NHL rules call for the Zambonis to dry scrape the center of the ice to give the shooters a clean area to approach for the shootout. That bit of housekeeping was about the only thing that could beat Thomas on this night, as he continued his spectacular season with a 38-save performance that helped Boston at least come away with a point.

"If it wasn't for him, he kept us in the game so many times," said Bruins center David Krejci of Thomas. "He was great tonight and I guess we owe him big for at least getting a point for us."

That was a point coach Claude Julien will take, though he certainly didn't seem to think his club deserved even that with their inconsistent effort just two days after routing Tampa Bay 8-1.

"[It's a] lucky one, to say the least," said Julien of the point they gained in the standings. "With the way we started the game very poorly [with] execution and everything else, we didn't skate very well. They were the better team and we were fortunate to be in the game after one period, 1-1, and even to score that first goal.

"It got a little better in the second period and even in the third, but those penalties that we took ended up coming back to haunt us at the end," added Julien. "Most of the time when you don't deserve the game you don't get the breaks, and [Michael] Ryder hitting the post at the end put the last nail in our coffin."

Ryder had the final shot in the shootout, with a chance to extend it to sudden death. He beat Toronto goalie Jean-Sebastien Giguere cleanly, but clanged his shot off the post to end the game. That came after rookies Nazem Kadri and Tyler Seguin traded goals in the first round, and Nikolai Kulemin and Krejci each came up empty in the second before Kessel's decisive strike.

"I just didn't think we played the same as we did the last two games," said Krejci. "We had an OK first period, but OK isn't good enough. The second period was a little better, but if you want to win a hockey game you have to play 60 minutes and play just like we played the last two games. I don't think we did that tonight, so we just have to forget about it and move on and be ready for the next game."

The Bruins may have already been looking ahead when Patrice Bergeron was called for hooking with 2:30 left in the third. With the penalty winding down, Kessel won a faceoff that led to a Clarke MacArthur one-timer. The shot went wide, but Versteeg collected the rebound off the end boards and fired it home from the left side to tie it.

The Leafs nearly ended it 1:29 into overtime when Francois Beauchemin found himself staring at a wide-open net from the low slot, only to have Thomas somehow dive back across the crease to rob him with a glove save.

"I was pretty tired by that time," said Thomas. "I don't recall exactly. I just know that I'm trying to follow the puck no matter where it goes and be in position to stop if he takes the shot and then get over to wherever the pass is. And that was a tricky little pass because it was behind the screen for me and I didn't have the time to move my whole body over there. I was diving and I was able to pick up the puck fortunately and follow it into my glove."

But the Bruins weren't able to follow that up with an answer at the other end of the ice.

Boston will get another chance soon, as they return home for three straight games at Garden next week. That stretch begins with Buffalo coming to town on Tuesday, and Julien knows what he wants to see that night. 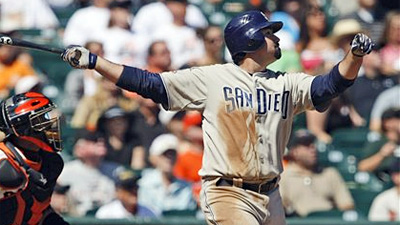