Jason Heyward, Yunel Escobar Among Those Poised for Breakout Years in 2011 - NESN.com Skip to content Editor's Note: NESN.com Red Sox reporter Tony Lee will examine one hot-button baseball topic each day in December. On Friday, he discussed which active players are headed for Cooperstown.

Baseball, perhaps more so than any other sport, sees hordes of writers, analysts and fans alike making prediction after prediction each spring. Favorites for every division, statistical category and award are offered up, with reasons for each selection and often criticisms of others.

However, every season sees its fair share of surprises and the most satisfying of those often come on an individual basis. Stars emerge where and when we least expect them, filling the voids left by the inevitable decline of a former superstar.

In 2010, there were breakout stories in Carlos Gonzalez, Jose Bautista, Clay Buchholz, to name just a few. Many more will emerge in the coming season. Who are the breakout candidates at each position for the 2011 season? Here are a few candidates:

Labeled a "phenom" when he came up in 2009, Wieters saw his average plummet 39 points and his OPS fall 58 points last year, but his third season in the majors should yield that predicted climb to the top of the position?s ranks. The 24-year-old began to develop more mastery of the strike zone in 2010, a sure sign of things to come. While swinging at 43.2 percent of pitches thrown to him, down 3.5 percent from 2009, he increased his contact rate a full 5.5 percent. Because of this, Wieters walk rate was up and his strikeout rate down. Additionally, his three highest monthly OPSs of 2010 came in July, August and September/October.

His numbers may never wow us, but those who failed to take note of the strides Barton made in 2010 should keep a close eye on him in ?11. The Vermont native led the American League with 110 walks, was fifth in on-base percentage and ranked second in times on base. A former first-round pick, Barton figures to build a bit on an average power game (10 homers, 33 doubles in 2010) and could make a pretty good leap while likely hitting second in an Oakland lineup that just added David DeJesus, Hideki Matsui and Josh Willingham. The A?s may not lead the league in rallies, but they will have their share and Barton will be in the middle of most of them. Additionally, he is an outstanding defensive first baseman, and still just 25.

Those wondering where the offense might come for the transitioning Rays can turn to Rodriguez, who has all the credentials for stardom. The one-time Angels prospect, who was shipped to Tampa Bay to complete the Scott Kazmir deal, hit .294 with 30 home runs, 98 RBIs and nine stolen bases at the Triple-A level in 2009, and was solid in his part-time role for the Rays last year. Playing seven different positions, he had 30 extra-base hits and 13 steals in just 118 games. He?ll get the lion?s share of starts at second and likely bat around seventh in the lineup.

Instead of going with 20-year-old Chicago Cubs standout Starlin Castro, we like Escobar, a guy who may have appeared on similar lists a few years ago but is back to the drawing board after a difficult 2010 campaign. After finishing 20th in the NL MVP voting in 2009 while starring for Atlanta, Escobar stumbled out of the gate and was shipped to Toronto with nary a home run in 75 games with the Braves. He settled in OK with the Blue Jays and figures to be a big part of the Blue Jays slugging onslaught in 2011. Aside from Castro and Texas? Elvis Andrus, this is an aged position. Escobar is one of the few hitting his prime years.

The son of Red Sox first base coach Ron Johnson, Chris had a very solid rookie campaign, batting .308 in 94 games. Once he develops his plate discipline to match the major league game (Johnson had 91 strikeouts against just 15 walks last year), the 26-year-old could develop into a potent force for manager Brad Mills.

A can?t-miss guy for the Marlins (and first for the Tigers) who couldn?t quite get it going in South Florida, Maybin ought to benefit from a trade to San Diego, where he can utilize his speed in the spacious confines of Petco Park and be the game-changer the Padres desperately need at the top of their lineup.

It has to happen soon for Jones, who was an absolute steal in the Erik Bedard deal with Seattle but has seemingly leveled off a bit. A five-tool player who figures to have a higher ceiling, the 25-year-old Jones did finish with a flourish last year, batting .318 over the final two months

It?s hard to classify a guy who had such a sensational rookie season as a "breakout candidate," but if everything we are led to believe about Heyward is true, he has a long way to go before he levels off. A Triple Crown candidate for the future, Heyward will take that next step in 2011, during which he will turn 22.

A trendy pick to break out in 2010, it didn?t happen for Matusz until the season was pretty much a wash in Baltimore. He was 7-1 with a 2.18 ERA over his final 11 starts. This will be the year the 23-year-old puts it together.

The de facto ace in KC after Zack Greinke was shipped to Milwaukee, Hochevar, a former No. 1 pick, has yet to fulfill the lofty expectations placed upon him. Now 27, it?s now or never. Pitching for the Royals, wins will be tough to come by, but the flashes he has shown from time to time over the past two years should at least translate into dependability.

Like Hochevar, the highly touted Bailey?s time in the majors has been spotty, at best. He tends to follow up gems with horrid outings, and must establish some degree of consistency. The 24-year-old may have found it following another stint in the minors last year; he was 3-1 with a 3.55 ERA and had 59 strikeouts in 58 1/3 innings over his last 10 starts.

Who do you expect to have a breakout 2011? Leave your thoughts below.

On Deck: Who is the game's best all-around player? 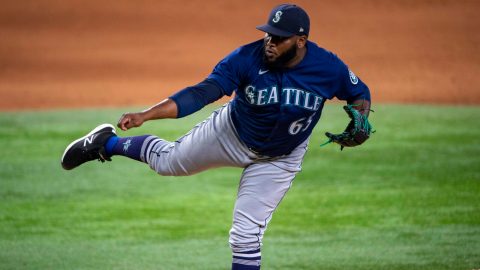 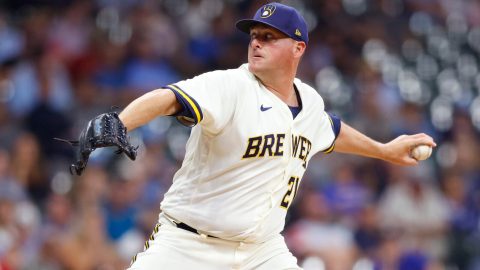