Sean Williams Vomits on Mavericks Bench After Asking Out of Game (Video) - NESN.com Skip to content

Sean Williams found out the hard way that he may not be in game shape following the NBA offseason's lockout.

Williams asked out of the game late in the fourth quarter and vomited once he reached the Dallas Mavericks bench, causing a stoppage in play while arena workers cleaned up the mess. He had 12 points in 11 minutes up to that point, but had also picked up five fouls in that short time against Denver.

The rest of the Mavericks, for their part, laughed the incident off. Dirk Nowitzki and Mark Cuban were both spotted having a chuckle , but the result on the court was no laughing matter. The defending champion Mavs fell to 0-2 to start the season, losing 115-93 to the Nuggets.

Check out the aftermath of Williams' accident in the video below. 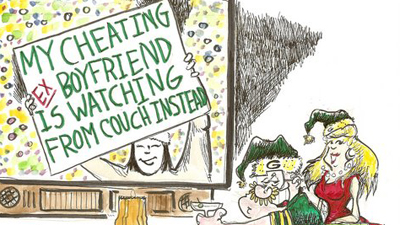