BOSTON â€“â€“ The next time out, Daisuke Matsuzaka needs to showcase longevity in his start.

During Sunday's outing for Pawtucket, the hurler took a step back, yielding five hits and four runs â€“â€“ only one of them was earned â€“â€“ to go along with one walk and three strikeouts. He threw 79 pitches, with 45 of them going for strikes.

"Hopefully, [we'll] get five innings and 90-something pitches," Red Sox manager Bobby Valentine said. "The first two innings [in his last start], he threw the ball a lot better than he has. I believe it was the first two innings. When there was an error made behind him and a couple of guys got on base, he lost a little of his command.

[PawSox manger] Arnie [Beyeler] thought it was the best heâ€™s seen him so far."

Matsuzaka is scheduled to start on Friday in Rochester at 7:05 p.m. against the Rochester Red Wings. It'll be his third rehab start in Triple-A after experiencing soreness in his trapezius muscle on July 2.

This season, Matsuzaka has posted a 0-3 record with a 6.65 ERA to go along with 20 strikeouts and eight walks for the Red Sox. 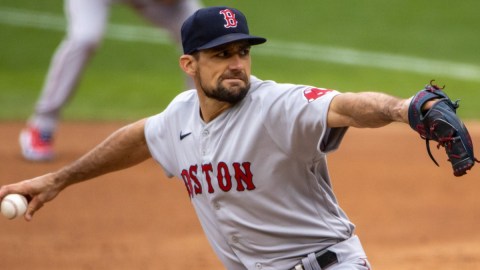