Roman Abramovich’s madness has a method. His method has a madness.

The Russian billionaire believes that anything is possible with vision, determination and resources. His tenure as Chelsea FC’s owner has largely proven this to be true.

Abramovich purchased the English soccer club in 2003, wiping out its debt and status as outsiders among the Premier League elite in one fell swoop. Chelsea  became a league champion within two years of Abramovich’s arrival. It it took less than a decade to reach the pinnacle in Europe.

The Blues have won 10 major trophies under the oligarch’s stewardship, including three sips from the golden chalice of Premier League supremacy and one touch of the holy grail — the European Cup. In that same period, Manchester United, the standard-bearer of success in the Premier League era, has won nine major honors. Abramovich has poured over a billion pounds into the club, and the trophy haul speaks for itself. The Blues even managed to turn a profit last season, as club revenue reached an all-time high.

Chelsea’s journey under Abramovich’s has never lacked turbulence, and the merry-go-round of managers symbolizes that fact of life at Stamford Bridge. Eight managers, some more successful than others, have come and gone since he took charge. Of the octet, only Jose Mourinho and Carlo Ancelotti have managed over 100 games for Chelsea. Only one of the last five (Ancelotti again) has managed to start and end a season on the Chelsea sideline. Reputations have been built, enhanced and destroyed in the process of turning Chelsea into a powerhouse.

Reaching the mountaintop was never the end goal. Neither was staying there. Abramovich dreams of turning Chelsea into something greater than a sporting dynasty. He wants Chelsea to win and do it with a style that fans of any generation will appreciate. He wants Chelsea to be the realization of an ideal, something that will be respected, loved, feared and even emulated by others.

The current model is that of FC Barcelona. Abramovich once asked then-Barca director Tixi Begiristan how long it would take for Chelsea to play like Barcelona. “Ten years,” was Begiristan’s famous reply. Abramovich is trying to do that in half the time.

Chelsea has done the easy part in going from its pre-Abramovich status to where it is now. Two standout Englishmen, Frank Lampard and John Terry, were coming of age when the Russian arrived with his resources. Within 12 months, the corps of Ashley Cole, Petr Cech and Didier Drogba were added to construct the winning core of the present and future.

Abramovich recruited some of the world’s best coaches to guide, mold and shape the young stars. Some worked out. Some didn’t. But it’s the owner’s goal — benevolent domination of the soccer world by Chelsea FC by the middle of this decade — that is the north star or direction in which everyone at the club is heading. Many of the world’s great talents, players and managers alike, flock to West London to contribute to the Chelsea project, knowing that they will strike it rich whether they succeed or not.

Critics scoff at Abramovich’s dream, saying his expectations are unreasonable. They forget that this man was orphaned at the age of four, and his first foray into business was selling  rubber ducks. Today, he is worth an estimated £8.4 billion ($13.5 billion). Don’t tell him that anything is impossible.

But Chelsea is now at the point that so many great teams in so many sports reach at some time or another. How will the club manage its way toward sustained success after that first core group ages out of its peak? Most teams fail to continue the good times across generations of players. United, under the management of Sir Alex Ferguson is the most famous exception in the last two decades of English soccer.

John Terry and some fans may disagree, but Abramovich is the undisputed leader at Chelsea FC. He hires men to do his bidding and fires them if they don’t meet his expectations or timetables. An Abramovich-led group needs an identity and philosophy to face this next challenge and ultimately reach his goal. It also needs a captain to steer the ship in the right direction without falling into traps — both predictable and unexpected. The end goal cannot be bought. The style must be built and reinforced over time as it filters through every pore of the club.

Is there some quality inside of the (publicly) soft-spoken Abramovich that Chelsea can and will reflect on the field of play? Will Chelsea reach his desired destination under his steady hand? Will it even happen in his lifetime?

Only time can answer these questions, but should it happen, Abramovich will be shining symbol of 21st-century success (and excess). He is a new breed of owner that looks to lay waste to Bill Shankly’s saying that there’s a holy trinity at a soccer club — the players, the fans and the manager.

As far as the world’s biggest clubs are concerned, the days of chairmen signing the checks and staying out of the manager’s way are over. Billionaires from around the world are buying clubs and putting their executive chops to the test against others who share the same ambitions and, in some cases, financial resources.

In a world where money rules, Roman’s reign should change the way we see the game in a globalized society that is soccer at the highest level. Success and failure starts and ends at the top of these institutions. It’s where we should point the fingers of blame and direct our adulation after success. 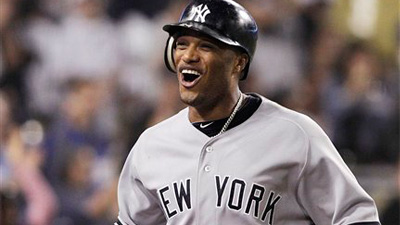 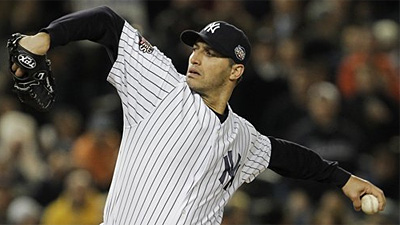 Report: Andy Pettitte to Decide on Playing Future by End of Next Week