Frank Lampard‘s Chelsea career is coming to an end, but speculation about his next move is starting to heat up.

Arsenal and Queens Park Rangers (QPR) have identified the veteran midfielder as a transfer target ahead of the January transfer window. His Chelsea contract expires at the end of the 2012-13 season, but he could move to a rival club before then, according to the Mirror.

“Frank Lampard is a sensational transfer target for Arsenal,” the Mirror reports. The decision for [Arsenal manager Arsene] Wenger is whether to make a cash bid to prise Lampard away in the January window.”

Arsenal has a reputation for signing and developing young players, rather than going after established stars. Adding Lampard would represent a break from a long-standing recruitment policy. The Gunners usually offer one-year contracts to players over the age of 30. It is unknown how receptive Lampard would be to the idea short-term move to a rival club.

QPR is also reportedly lining up a January move for the 34-year-old. Harry Redknapp was recently hired as QPR manager, and he could call on Lampard to help the last-place club escape relegation. A longer-term deal and an emphasis on family ties could help Redknapp persuade Lampard to ignore overtures from Arsenal, the Mirror reports.

“Harry Redknapp is ready to offer Frank Lampard a two-and-a-half-year deal to join QPR — despite having publicly laughed-off suggestions he could sign his nephew,” the report says.

Lampard has starred for Chelsea since joining the club in 2001, but he is likely to be the next member of the Blues’ vaunted “old guard” to leave the club. His future has been in doubt for some time, as Chelsea looks to transition from the core of players that delivered so much success to a younger group. Didier Drogba left last summer, Lampard and Ashley Cole will be gone by next summer and longtime captain John Terry will reportedly be ushered out the door in 2014.

Lampard’s exploits are the stuff of legend around Stamford bridge. He is arguably the greatest goal-scoring midfielder in Premier League history. He is also known as a dedicated professional whose resume includes a streak of appearing in 164 consecutive Premier League games.  He has not publicly discussed retirement, and it is believed that he intends to play into his late 30s.

There have been plenty of rumors about his future, including interest from Major League Soccer’s L.A. Galaxy and at least one Chinese club. But it appears Lampard’s next stop will be in the U.K., as his family is not interested in relocating at this point in time.

“Lampard, 34, has received offers from LA Galaxy and China but he believes he can still perform at the top level and is not keen on going abroad for family reasons,” the Mirror adds.

It’s unknown how much L.A. wants the Chelsea midfielder, as Kaka has shot to the top of the Galaxy’s list of potential transfer targets in recent days.

Lampard could also stay with Chelsea for the remainder of the season, but he is reportedly desperate to play regular games and that may not happen under new manager Rafa Benitez. 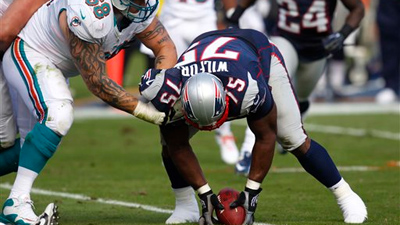 AFC East Title Is Nice Feat, But Patriots Have Much Bigger Goals in Mind