The Italian soccer star stated his interest in coming to America last week, but he may not act on it for at least a few years, according to the New York Times.

“I’m sure my future will be a good experience no matter where I play,” he said. “I hope someday maybe in the U.S.A. I’ve spoken a long time with Michael [Bradley] about it. I would love to come to the U.S. to play.”

De Rossi has been an ever-present part of AS Roma’s midfield since 2001. He’s appeared over 400 times for the capital club, earning the nickname “Capitan Futuro (Future Captain)” from adoring Roma fans.

The 29-year-old is simply an icon at AC Roma. His father played there, and he’s spent his entire career there. But he seems to be coming to a crossroads.

Despite signing a five-year contract extension earlier this year, De Rossi’s has seen his status reduced to that of a squad player. New manager Zdenek Zeman prefers other players, particularly the American midfielder Bradley, to anchor the midfield in his 4-3-3 system.

“Yes, it’s something new for me,” De Rossi said of his new role. “We have a new coach, but also a lot of great new players, like Michael [Bradley]. My task is to play the same role in the midfield, but it has been difficult for me to find the space I’m used to finding. I just have to work hard and be professional, and I’m sure I will soon have more time on the field.

De Rossi has only started eight of Roma’s 18 Serie A games this seson, and there is speculation that he could leave the only club he’s ever known as early as January. Manchester City and Paris Saint-Germain are thought to be interested in signing the Italian international.

Major League Soccer is a future option, but we shouldn’t expect Serie A’s (joint) highest-paid player to land on American shores while he can still score at least one more lucrative contract in Europe. But De Rossi clearly has a deep affection for the U.S.

“I like so much the United States,” he said. “I spend a lot of time there on vacation. I love your country. It will be good to spend five days training and working [During Roma’s upcoming winter training camp in Orlando, FL] , but also having fun with my daughter and fiancée. When I come to the U.S., I usually spend time in New York and sometimes Las Vegas. I know, not very cultural!”

It would be an ironic twist of fate if De Rossi moved to New York City and played for Major League Soccer’s New York Red Bulls (or the rumored expansion franchise New York City Football Club). De Rossi, a FIFA World Cup winner and international star, would be displaced at his hometown club by New Jersey’s native son Bradley. Bradley cultivates De Rossi’s interest in MLS, and the Italian star ends up playing for his own hometown club — one he left as a relatively anonymous teenager in 2005 to work his way up the European soccer ladder. Stranger things have happened in the world’s game. 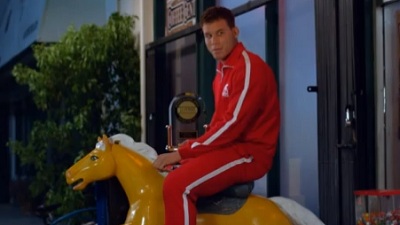