With Rob Gronk0wski‘s return timetable still very much a question mark, and Aaron Hernandez still ailing from a lingering ankle injury, the Patriots are ill prepared to lose another offensive playmaker. But that’s the reality they must face.

Just three weeks removed from his breakout two-touchdown performance against the Colts, Julian Edelman is done for the season. Now, the Patriots are even further depleted at the receiver position.

The addition of Donte Stallworth should at least soften the blow in Edelman’s absence. But with just four healthy receivers on the roster now, the Patriots are obviously in need of some more depth.

That’s where some more old friends could come into play.

Deion Branch is reportedly still healing up from a hamstring problem, which was big reason behind his sudden release. But with his locker still intact inside the Patriots’ locker room, even three weeks after his release, a return does still seem to be a very good possibility.

At 33, Branch may heal a little slower nowadays and it was very evident that he lost a step or two during his seven-game stint earlier this season. But even with the decline, Branch remains a reliable receiver and one of Brady’s most dependable targets.

Jabar Gaffney is the other possible returnee. Gaffney was with the Patriots in training camp, as well as from 2006-2008, but was cut due to a thigh injury along with Stallworth ahead of the regular season. He just turned 32, which is concerning much like with Branch and Stallworth, but he also had his most productive season while with the Redskins last year.

The calls for Gaffney’s return might not be as imminent as those for Branch, given his current two-game suspension. He also caught just four passes in three games with the Dolphins, but even with the declining production he still presents a very appealing option.

For the moment, Stallworth will join a receiving corps that includes Wes Welker, Brandon Lloyd and special teams standout Matthew Slater. Fortunately, the Patriots’ bevy of tight ends, with Hernandez, Daniel Fells, Visanthe Shiancoe and Michael Hoomanwanui, should also help fill the gap. But it’s only a matter of time before that fifth receiver is needed. And with Greg Salas gone to Philadelphia, Gaffney and Branch seem like the most likely options. 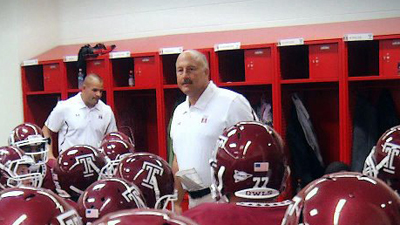 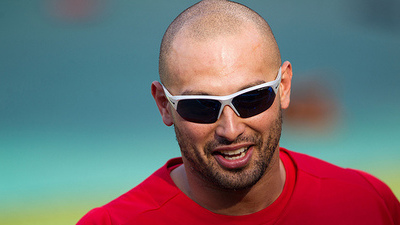