All indications are that the Red Sox are still working toward a deal with Mike Napoli, who would then take over as Boston’s starting first baseman this season. However, nothing has been finalized yet, so it’s likely that the Sox are still doing their homework in order to formulate a contingency plan.

But who exactly is Plan B?

Well, recent reports indicated that the Red Sox contacted Adam LaRoche, but he re-signed with the Nationals on a two-year deal, leaving the already slim first-base market that much slimmer. What the LaRoche signing did do, though, was open up the possibility that Washington could deal Mike Morse, who would have become the Nats’ first baseman had LaRoche signed elsewhere.

FOX Sports’ Ken Rosenthal reports that the Red Sox are among the teams in contact with the Nationals about Morse, and he opined that trading for the 30-year-old slugger makes sense for Boston. Rosenthal even insists that trading for Morse might be less of a risk than signing Napoli, whose deal with the Red Sox reportedly hasn’t been finalized yet because of a hip issue that was detected during his physical with the club.

Clearly, this report has Red Sox fans weighing the pros and cons of going after Morse, but he might not be the only option out there for the Red Sox to consider. Some other free agents or trade targets to keep in mind include Casey Kotchman, Nick Johnson, Carlos Lee, Justin Smoak and Justin Morneau.

Now, let’s make it clear that this is pure speculation. But with the Red Sox clearly needing a first baseman, it might be time for them to at least consider all options, just in case Napoli never arrives in Boston.

Some of  these names might sound a bit more appetizing than others, but when considering them, one must take into account what exactly is reasonably required to obtain their services.

Kotchman, Johnson and Lee are all free agents, while Smoak and Morneau — like Morse — would require the Red Sox to pull off a trade. That means Boston might have to give up some young talent in order to obtain this group’s more talented hitters, and that’s something that might not be conducive with the Red Sox’ future plans.

Kotchman, who actually appeared in 39 games with the Red Sox in 2009, would bring defensive stability, but his offensive upside is somewhat limited. Signing Johnson would mean banking on him staying healthy, while bringing in Lee would require some hope that he’ll be able to regain some of his former offensive prowess.

Smoak, meanwhile, is still just 26, and he’s always been a guy who has had tremendous upside. He’ll likely require the Red Sox to part ways with some decent pieces, though, and he has yet to live up to his high expectations.

Morneau is interesting in that he was once one of the game’s premier hitters. Health problems have plagued him, though, so giving up a haul of prospects for the four-time All-Star would require a roll of  the dice by Ben Cherington and Co.

Right now, Napoli might be the guy the Red Sox still covet. If their attention shifts, where should it shift to? 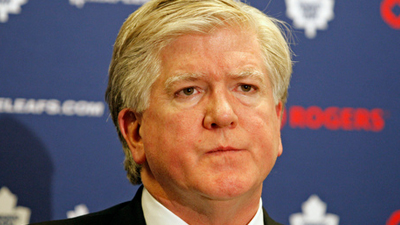 Brian Burke Was ‘Stunned’ by Firing, But New Freedom May Allow Him to Attend Patriots Game Sunday