Final, Red Sox 3-0: This one is in the books. It was an impressive performance by the Red Sox’ pitching staff, as Joel Hanrahan and six others combined to blank the Huskies while allowing just four hits.

Pedro Beato closed the door in the seventh. Jarrod Saltalmacchia, Pedro Ciriaco and Jose Iglesias each drove in a run to power the Boston offense, which was actually held in check for the most part by Northeastern. The two teams played out the bottom of the seventh inning despite the Red Sox already having the victory in hand, and the Sox tacked on two runs, so I guess the final score is somewhat debatable. Nevertheless, NU played very well, especially when you consider the Red Sox emerged victorious 25-o in the teams’ 2012 matchup.

The Sox are now 11-0 all time against Northeastern, and this is the eighth time they’ve shut out the Huskies.

The Red Sox aren’t done for the day, though. They’ve got a clash with Boston College coming up. First pitch is scheduled for 4 p.m., so stick around with NESN.com for that tilt as well.

End 6th, Red Sox 3-0: The Red Sox extended their lead to 3-0 in the sixth on an RBI single by Jose Iglesias.

Pedro Beato will come on for the Sox to try to close things out in the seventh.

Daniel Bard spoke to the media regarding his performance against Northeastern. He called his appearance a step in the right direction, and compared his mindset this springing training to the one he had in 2009, when he was trying to prove himself to the major league staff.

Bard is also very optimistic about this year.

“There’s too much talent in this room to not be a playoff team,” Bard said.

Mid 6th, Red Sox 2-0: Anthony Carter and the Red Sox again kept Northeastern off the board in the sixth. Keep in mind this is a seven-inning affair, so the Huskies will need some magic in the final frame to keep this one going.

If the Red Sox keep the shutout going, this will mark the eighth time in 11 matchups between these two teams that Northeastern has been shut out. The Huskies were blanked 25-0 last year, though, so this is certainly a step in the right direction for NU.

End 5th, Red Sox 2-0: The Red Sox added a run in the fifth on an RBI single by Pedro Ciriaco.

Ciriaco, who entered the game in the fourth, singled home Ryan Lavarnway.

Joel Hanrahan, the Red Sox’ closer who actually started today’s game, just spoke to the media. Fun fact: He drinks Red Bull in the sixth inning of games. More importantly, though, he is very optimistic about this season.

“We believe that we can be one of the best teams in the league…This is a new year, new game, new team,” Hanrahan said.

2:40 p.m.: The Red Sox made some more changes before the fifth inning.

Clayton Mortensen will toe the rubber, and he’ll have a new batterymate in Ryan Lavarnway. Jose Iglesias will play shortstop and Drew Sutton has taken over at third base.

Lyle Overbay is the only starter still in the game for Boston.

I’m not sure how many of you all are also basketball/Celtics fans, but it looks like the C’s are busy before the trade deadline. They’ve reportedly just struck a deal. The link is below in case you’re into that sort of thing. Just be sure to come back, of course.

End 4th, Red Sox 1-0: We’re getting a heavy dose of double plays in this one, which is really speeding up the pace of the game. Last season, the Red Sox were up 17-0 at this point, but Saltalamacchia’s RBI double remains the only run in this contest.

The Sox were held scoreless again in the home half of the fourth. Salty led off the inning with a walk, but Middlebrooks grounded into a double play. Drew ended the inning by flying out to left.

Wilson gave up a hit, but he then induced a double play and struck out the next batter.

Alex Wilson takes over on the mound, and he’ll do so with a new-look outfield. Ryan Sweeney takes over in right, Mitch Maier heads out to center and Daniel Nava will play left.

End 3rd, Red Sox 1-0: Dustin Pedroia will be glad when this one’s over, as he’s clearly shaking off the cobwebs early on.

Pedroia, who struck out looking in the first, grounded into a double play in the third inning after Ellsbury drew a walk. Victorino followed up the double play with a walk of his own, and he’s now reached based twice. Gomes popped out to the catcher to end the inning, though.

It’s likely that each starter will be given two at-bats in this game, so it shouldn’t be long before we start seeing some reserves get some action.

Mid 3rd, Red Sox 1-0: A solid inning for Andrew Miller. The tall left-hander hit a batter, but he held the Huskies scoreless. Miller threw 11 pitches, eight of which were strikes.

The Sox have plunked two guys in this one. Pedro Martinez said earlier this week that the team really needs to pitch inside this season. Wish granted, I suppose.

End 2nd, Red Sox 1-0: A perfect inning for Northeastern in the second. Stephen Drew, Lyle Overbay and David Ross were retired in order.

Drew was retired via a groundball to short, while Overbay struck out and Ross was robbed by right fielder Aaron Barbosa. Barbosa also got a hit and swiped a bag in the first inning, so he’s certainly enjoying this taste of big league action.

Mid 2nd, Red Sox 1-0: Pedro Martinez and Jason Varitek are on hand for the action, sitting behind home plate in front of the Red Sox’ baseball ops personnel. They probably enjoyed what they saw from Daniel Bard in the second inning.

Bard gave up a single to start off the inning, but he then struck out the side. He threw 18 pitches, 13 of which were strikes, and got six swing-and-misses. Sure, it’s against a college team, but Bard was really pounding the strike zone, which is a very encouraging sign.

Unfortunately, there are no radar guns present, but reports indicate that Bard reached 94 mph in the inning.

Stephen Drew will lead off the bottom half of the inning for the Red Sox.

End 1st, Red Sox 1-0: The Red Sox have their first run of the spring, and it comes via a wall-ball double off the bat of Jarrod Saltalamacchia.

Dylan Maki, a senior from Gloucester, showed off a wild delivery against the Sox in the first inning, and he even enjoyed some success to begin the game. Maki got Jacoby Ellsbury to ground out, and he then struck out Dustin Pedroia looking. Shane Victorino singled to get things going, though, and Maki then plunked Jonny Gomes. Salty followed up with the run-producing double.

Daniel Bard will enter the ballgame for Boston in the second. Bard remains a wild card in the Red Sox’ bullpen, but if he can bounce back this season, the unit could be among the American League’s best.

Click here to read about the Red Sox’ bullpen >>

Mid 1st, 0-0: Joel Hanrahan’s first inning with the Red Sox is in the books. The big righty, who will actually be Boston’s closer this season, looked a little rusty in his first action of the spring.

Northeastern’s Aaron Barbosa led off the game with a single after Jonny Gomes took a rather strange route to the ball. Hanrahan then struck out John Puttress, but Barbosa was able to advance into scoring position by stealing second. Hanrahan also hit Jason Volser in the inning, but he got out of the inning unscathed by striking out Will Dougherty.

Hanrahan threw 16 pitches, 12 for strikes, in the frame.

1:39 p.m.: The Red Sox have taken the field for the first time, and we’re ready for baseball.

1:37 p.m.: One more cool little note to pass along. Northeastern’s R.J. Roman, a sophomore infielder, had several Red Sox players autograph a ball before the game. Roman, a Newtown, Conn., native, who actually attended Sandy Hook Elementary School, is going to auction the ball off for charity.

1:30 p.m.: We’re a few minutes away from the first game action of the spring.  Who’s ready for baseball?

1:28 p.m.: The Red Sox will take on Boston College in the second game at 4 p.m. BC president of baseball operations Peter Frates will present the game ball.

Frates was once a captain of the BC baseball team. He was recently diagnosed with Lou Gehrig’s disease.

By the way, Dylan Maki gets the nod for NU against the Red Sox.

1:14 p.m.: Here’s a quick trivia question for you all. Who is the only former Northeastern Husky to ever play for the Red Sox? Check back in five for the answer.

1 p.m.: We’re a little more than a half hour away from the day’s first pitch, but there are some things worth noting as we prepare for action.

Sox manager John Farrell addressed the media this morning, and he provided an update on both Mike Napoli and David Ortiz. Both players aren’t ready to be inserted into the Boston lineup, but each seems to be progressing well. Farrell said Napoli is “a little bit ahead” of Ortiz, but the Sox skipper sounded optimistic about each slugger.

It’ll definitely be weird to see Joel Hanrahan taking the mound first for the Red Sox, especially since he figures to finish a lot of Boston’s games this season. His first pitch against Northeastern will be his first in a Sox uniform, but the two-time All-Star already said on Wednesday that he’s open to discussing a contract extension with the club.

Click here to read about Hanrahan’s love for the Sox >>

As far as the Red Sox’ game against Northeastern, fans should keep a close eye on Lyle Overbay. It looked at first as if Overbay was on the fast track to becoming the Red Sox’ backup first baseman. He still might, but the acquisition of Mike Carp will create a nice little battle for one of the club’s final Opening Day roster spots.

This marks the 11th time the Red Sox will take on Northeastern in spring training action — the two squads have met each of the last nine years. Below is a quick glimpse of how the previous matchups have gone.

Perhaps Thursday is the day we see an upset. (Probably not, but ya never know…)

The Red Sox play their first spring training game Thursday against Northeastern, with another go-round scheduled right after against Boston College. Of the two matchups, though, the Huskies may have to be better prepared — Boston is bringing out its big guns for its first taste of game action after a long winter and practice all week.

In what may be a preview of what Sox fans can expect this season, Jacoby Ellsbury, Dustin Pedroia and Shane Victorino pack the top three spots in the Boston lineup. Most of the Sox regulars will be on the field for the first game, with the pitching being provided by the Boston relievers, starting with right-handed closer Joel Hanrahan. Boston fans will also get to see how Daniel Bard is doing, as he is scheduled to pitch second.

David Ortiz, who is still working his way back from an Achilles injury, is out of the lineup.

The Red Sox have done their due diligence this offseason, recruiting new players and bringing in a new manager, and spring training has already been full of many promising signs as the players get up to game speed. Now it’s time to show what this new team looks like on the diamond.

Stay here to see how the game unfolds, starting with first pitch at 1:35 p.m. Then come back to NESN.com again at 4 p.m. to see the Red Sox take on Boston College.

Here is the Red Sox’ lineup against Northeastern: 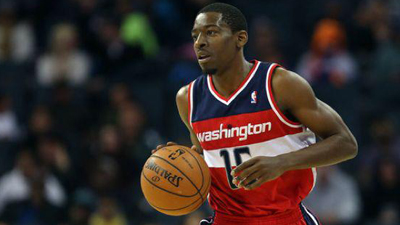