Either way, the games will soon start counting for real, which means the all-important mailbag is beginning to take on a life of its own. I received some solid questions this week, so even if yours wasn’t answered, don’t be shy about coming back next week. You just never know what rabbit will be pulled out of the hat going forward.

I feel for Daniel Bard. Was the starter experiment such a bust that Bard cannot mentally get back to his former self? Also, I love Daniel Nava’s attitude and flexibility. How long is remaining on his contract?
–DJ, Baltimore

It?s hard not to feel for Daniel Bard. Not only was the magnitude of his drop-off last season almost unimaginable, but it was such an in-your-face fall from grace. (Who knew I was also a poet?) Some supported the decision to put him in the starting rotation, while others feared the worst. Regardless of your stance, though, there was no shortage of coverage and debate, and that led to a slow, painful death for Mr. Bard.

However, while the Red Sox ultimately made a poor decision in trying to transition Bard into something he?s obviously not, the pitcher also has to shoulder the blame. Bard said all along that he wanted to become a starter, and the Sox eventually granted him his wish, only to then have the whole thing blow up in their face. So while it?s easy to feel for Bard, we must also remember that he was given the opportunity he lobbied for, and he was simply unable to take advantage of the situation.

Does this all have the potential to impact a pitcher mentally? Of course, and I do think the mental aspect played a huge role in Bard?s struggles. Even the biggest skeptics of the Red Sox? decision — I happen to be one of them — will tell you that they didn’t see this coming. There were times when Bard simply couldn’t put the ball over the plate to save his life, and that seems to indicate some mental blockade. He is simply too talented to be posting an ERA north of 7.00 and a WHIP of 1.88 down at Triple-A.

Looking back, it was really a perfect storm that was awaiting Bard, and the right-hander just wasn?t equipped to handle it. Some blame his mental makeup, while others point to alterations in his mechanics. I don?t think they?re mutually exclusive, though, nor do I think there?s one specific thing that?s responsible for Bard?s disastrous 2012.

The focus is now on turning the page, both mentally and physically, and I think Bard is on the right path. Even though manager John Farrell has noted that it?s still a work in progress, the velocity is there and Bard?s stuff is getting back to where it used to be. The righty?s arm slot still drops from time and time, but that?s a mechanical issue that Farrell and pitching coach Juan Nieves are well aware of and are still trying to help him work through.

As far as the mental part, the ball is in Bard?s court. He looks and sounds more focused and confident this spring, so there is reason to believe he could once again thrive as a reliever. After all, he?s still just 27, so writing him off completely would be foolish. The true test will come when the games start counting for real and he?s forced to put together everything he?s worked on since last season?s nightmare.

It?s unclear whether Bard will start the season at Triple-A or with the big club, although I?d say Triple-A seems more likely given his room for improvement and Clayton Mortensen being out of options. One thing working in Bard?s favor this season, however, is that there is no added, starter-versus-reliever hoopla he?ll have to deal with.

Last season needs to be out of sight, and out of mind, as difficult as that may be.

As for Nava, I completely agree with you, and I actually wrote about his very productive spring last week. Being able to play first base makes Nava even more valuable to the Red Sox going forward, and I really like what he has to offer off the bench in 2013.

Nava is under team control through 2017. He?s arbitration eligible beginning in 2015.

Have you attended any of the World Baseball Classic games? If not, have you spoken with folks who have attended the games?
–Bob Kavanagh, Newton, Mass.

Unfortunately, I have not attended any WBC games, nor have I spoken to anyone directly who has. It?s definitely something I?d like to do, even though I?ve been critical of the tournament in the past.

Then again, I have a fairly low tolerance for cowbells and vuvuzelas, so it?s probably best I steer clear for a while.

Which players are out of options, and could thus see that impact them making the team?
— Scott Taylor, via Facebook

First, I?ll give the gist of what it means to be ?out of options,? for those a little hazy on the details. There are a lot of parts involved, but essentially, teams are limited in the amount of times that they can send a player on their 40-man roster to the minors. When they send a player on the 40-man roster to the minors, and he spends at least 20 consecutive days down on the farm, the team loses an ?option.? Only one ?option? can be burned — so to speak — in a given season, though. That means that a player can be optioned multiple times over the course of one season, but it will still only count as one ?option.?

Each player has three ?options.? Once those ?options? have been used up, and the player is ?out of options,? that player must first pass through waivers before being sent down to the minors again.

Got all that? Good, because I still struggle when trying to figure out the whole thing.

What?s important, though, is that this whole process can often impact how a team looks coming out of spring training. The Sox have a few players out of options, but I don?t anticipate it making too much of a difference.

Felix Doubront is and has been a lock for the Opening Day roster. Andrew Miller is now a lock in the wake of his solid spring and the injuries to Franklin Morales and Craig Breslow.

The two players whose option status makes somewhat of a difference are reliever Clayton Mortensen and utility man Pedro Ciriaco.

Mortensen isn’t exactly guaranteed to make Boston?s Opening Day roster, but it?s looking increasingly likely that he?ll make the team, while Bard — who has an option remaining — begins the year in Triple-A.

Ciriaco, meanwhile, has been battling an injury, but it?s likely he?ll make the team as a bench player over Brock Holt, who still has three options.

How many wins do you think the Red Sox are going to get this season?
— Keith Washburn, via Facebook

Two relievers are going to be the odd men out of the bullpen situation. Who do you think will be gone?
— Tom Joyce, via Facebook

Is Will Middlebrooks or Pedro Ciriaco going to play third base most of the time?
–Aaron Scotch, via Facebook

Will the Blue Jays be a factor or will they be the Philadelphia Eagles of Major League Baseball?
— Gary Haga, via Facebook

First of all, don?t let manager John Gibbons hear you say that.

Now that we?ve gotten that out of the way, Vince Young isn?t walking through those doors. Expectations are certainly high, but I think there?s a realization among most that the Jays have a tough road ahead of them due to playing in the American League East.

I really like what the Jays did in the offseason, though, and in my opinion, they have the most well-rounded team in the division. Their lineup is filled with talent, and if Brett Lawrie and J.P Arencibia are able to take the next step, it could be even more dangerous than it is at first glance.

I also like that Toronto added two workhorses to the rotation in R.A. Dickey and Mark Buehrle, as well as a high-ceiling starter like Josh Johnson. I wouldn?t be shocked to see both Johnson and Brandon Morrow flourish this season, so the inconsistent — to say the least — Ricky Romero remains the wild card.

The biggest concern with the Blue Jays, though, is the bullpen, particularly at the back end. Both Casey Janssen and Sergio Santos have enjoyed success in the past, but both also come with some injury issues. Gibbons could be tested early and often when it comes to managing his pen, and that could be enough to spell trouble north of the border.

I expect the Blue Jays to be very much in the thick of things this season, but in a wide open AL East, I really wouldn?t be shocked by anything. 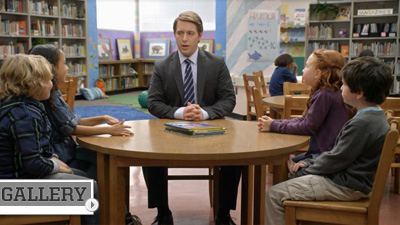 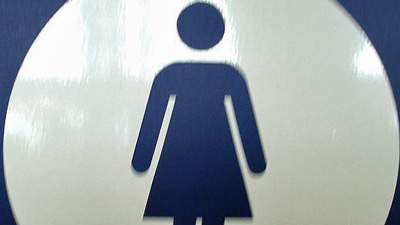