Thank you for following the events of the last two days.

Check NESN.com next week for a deeper look at some topics that emerged from this year’s conference.

“We all have different responsibilities,” Belichick said. “I certainly respect the mathematical and statistical ways of looking at the game and trying to use those methods and results to improve our product on the field.”

4:45 p.m.: We’ve reached the end of the last panel of the second and final day of the conference. An awards ceremony celebrating achievements and advances in sports analytics will take place at 5 p.m.

4:30 p.m.: Zarren says “I don’t think there’s any question that we would be better if Rajon [Rondo] was playing.”

He adds that the Celtics are learning a lot from the loss of the star point guard. Other players have to step up and do different things.

“Some of those, they’re good at, others they may not be so good,” he adds.

4:20 p.m.: The panel agrees that the defensive side is the hardest part of the game to quantify.

“Unless you know exactly what we want defensively, you cannot possibly determine what’s going on in terms of defensive players,” he says.

Buford says a good way to analyze defenses is to measure how often defenses break down.

4:15 p.m.: Van Gundy argues that players don’t want or need a bunch of numbers. He believes coaches can pour through numbers and data points, but players need to keep things simple.

4:10 p.m.: Are players ready for a general manager that has no first-hand basketball experience (as players themselves)?

The panel cites the Houston Rockets as an example that it can work.

4:05 p.m.: Pritchard says “10 or 20 percent” of building winning teams involves player selection. The rest is developing them and getting them to buy into the team’s culture.

4 p.m.: Van Gundy says good coaches aren’t the ones who best understand analytics. The best ones get their players to go out and perform.

He stressed the human aspect that’s involved in leading teams in most of his comments, arguing that “this isn’t a video game.” He says coaches build cultures and styles of playing the game, and the exceptions they make (following the numbers) often has a negative impact on the effort.

3:50 p.m.: Van Gundy thinks that eventually every team will have a lot of information. What will separate teams is how they use them.

3:30 p.m.: The final panel discussion of the day will cover the analytics of basketball.

2 p.m.: Agoos warns against using data alone to analyze players, as there are too many other factors. He says it has to be part of the decision-making process.

It’s similar to what panelists who represent other sports had to say.

1:45 p.m.: Can the panel use analytics to settle the Messi-Ronaldo debate? No they can’t and neither can hundreds of millions of soccer fans around the world.

Context matters too much in debates like these, according to Wooster. Anderson believes it doesn’t matter on the practical level.

1:35 p.m.: Stein asks the panel what metrics fans should follow to better understand the game.

Wooster believes the analysts that can measure intangibles and translate that into wins will give teams a competitive advantage.

The panel is having a tough time answering Stein’s question.

1:30 p.m.: Wooster says Michu was scouted by six Premier League teams, but Swansea City was the one to sign him and reap the benefits.

1:25 p.m.: Wooster says that the short-termism among managers and coaches discourages them from changing behavior and adopting a more analytical approach.

Agoos thinks it’s up to ownership to hire and promote coaches that are well-versed in analytics to make that change.

1:15 p.m.: Anderson cites the fact that soccer has gone from having “very little data to mountains of data” almost overnight.

The trick is for clubs to present it to their coaching staff in a way that makes it “actionable.”

Wooster says coaches are starting to lean on analytics in their pregame preparations. He adds that “the paradox in football [soccer] is that the most important things are the hardest to measure.”

1:10 p.m.: ESPN is using heat maps and other forms of data visualization which have been well-received by on-air talent and fans, according to Larcada.

1:05 p.m.: Anderson believes that fans and online media have adopted stats much quicker than the clubs themselves have.

Wooster thinks the long-standing culture in the game has slowed the acceptance of analytics because “that’s how it’s always been done.”

12:55 p.m.: The next panel we’ll watch concerns the beautiful numbers.

Elite-level soccer has been traditionally averse to using analytics, but that is starting to change. ESPN’s Marc Stein moderates the discussion that covers how teams and leagues are using numbers in the game. Joining him will be MLS technical director Jeff Agoos, author and Cornell University professor Chris Anderson, ESPN’s Albert Larcada and Prozone business development director Blake Wooster.

12:35 p.m.: The biggest takeaway from the ESPN panel is that numbers themselves can’t tell the entire story, but they can be used to illuminate certain points.

12 p.m.: The next panel examines how ESPN uses analytics to tell stories.

One panelist referred to his job as being a “professional myth buster.” They strive to educate and entertain the audience.

That’s why coaches sometimes choose not to defend their decisions to the media or public.

11:15 a.m.: Edwards says telling a defense to allow an opponent to score is risky. He thinks it sends a bad emotional message, and if a coach does it more than one or two times in a season “you’ve lost your defense.”

Del Rio disagrees. He thinks if making that call gives his team a better probability of winning, the players will support the coach — as long as he explains why he’s doing it.

11:05 a.m.: Burke thinks the game has changed to the point where offenses can “move the ball at will.”

He thinks offenses are much better than they were a generation ago, and that makes coaches much more likely to go for it on fourth-and-short situations.

Being unpredictable is an asset for a head coach. “You gotta be Sadaam Hussein on the sidelines,” Burke says.

Edwards says the best quarterback sneakers are the ones that wait for a little crease to open up and sneak through it.

10:50 a.m.: Del Rio says Maurice Jones-Drew wanted to score on a play when the Jacksonville Jaguars were in a tight game against the New York Jets.

Del Rio, then the Jaguars’ head coach, told Jones-Drew not to score on a play if he had the chance, but the running back said “coach I have to take care of my fantasy people.”

Del Rio managed to convince Jones-Drew to take one for the team.

10:40 a.m.: Burke believes parity in the NFL ensures that any team can compete and execute any one play, but the differences between good and bad teams are an accumulation of the total volume of plays that they run over the course of a season.

10:35 a.m.: Del Rio points to the probability charts that Advanced NFL Stats produces, but he says coaches are drilled in the old-school book that tells them to kick the field goal and take the points.

He adds that the media reads from that same book and judge coaches’ decisions according to it.

The first play they’re debating was Justin Tucker’s fake field-goal attempt in the early part of Super Bowl XLVII. Edwards says the play was a 4th and nine situation, but the reality was that it was 4th and 17 (because of where he got the ball).

Edwards adds that “football is about personnel.” Numbers like 40 times are great, but the humans on the field are more important to executing the play.

Del Rio points to momentum as a factor in deciding whether to kick the field goal or go for a first down.

10:10 a.m.: We’ll shift our focus back to the NFL in the next panel. “Monday Morning Quarterback: In-Game Decision Analytics” will explore how football coaches and managers gain a competitive advantage using data.

9:55 a.m.: The pooling of the revenue for MLB Advanced Media was the best business decision the league has made in the last 10 years.

He says it’s akin to the NFL’s decision to pool television money in the 1960s.

9:45 a.m.: The real competition is other forms of entertainment or a technological environment where people grow up with short attention spans.

Kasten says baseball must perfect the “second screen experience” at the ballpark to attract a new generation of tech-savvy fans. The natural breaks in the game allow fans to interact with the teams without missing any of the action.

9:40 a.m.: Skipper doesn’t look at lockouts (or strikes) as one side winning or losing.

Silver says he doesn’t see the deal that gave NBA players a 50-50 split of the revenue as a victory.

“We’re still not at the point where all the teams are profitable, but we’re hoping to work toward that point.”

9:35 a.m.: The job of the commissioner is to be “the steward of the best interests of the game,” Kasten says. “They work for the owners, but their job is to benefit all the interested parties.”

Kraft believes commissioners have to act like a CEO, as they manage brands worth tens of billions of dollars.

9:30 a.m.: Silver says teams want to “kill each other on the court,” but they’re partners in business off the court. They share best practices in business operations.

They thought the time was right because they would be able to compete on the basis of their skill and expertise, as opposed to how much they could spend.

Owners all believe they can fix, improve and make a return on their investments “down the road, but not necessarily annually or year to year.”

9:15 a.m.: The panelists agree that business operations at the team and league level have grown and gotten more complex.

Skipper adds that profitability is no longer a dirty word in the sports business. It’s become one of the key measures of success, which wasn’t always the case.

9:05 a.m.: When asked if owning a sports franchise is the coolest job in American business, Kasten starts with the dark side of the job.

Media dissecting every minute detail is a tough part of the business and he adds that Forbes’ franchise valuations “drive us [owners] nuts.”

9 a.m.: The first panel is set to begin. The topic is “The Changing Nature of Ownership.”

8:30 a.m. ET: The games people play are changing before our eyes, as those on the inside freely admit. Among the factors driving these changes is a deluge of data.

The second and final day of the MIT Sloan Sports Analytics Conference promises to be full of insights and opinions on how data is changing the sports world.

Owners, staff and officials from the highest ranks of the sports world will be on hand to discuss some of the great changes in the sports and entertainment industry. Managers and coaches will discuss how data is affecting their strategies before, during and after games. We’ll even learn how elite soccer clubs are embracing the data revolution after.

Throughout the day, we’ll be on hand at the Boston Convention and Exhibition Center to bring you the highlights of the day’s discussions.

Have a question for Marcus Kwesi O’Mard? Send it to him via Twitter at @mkomard, his Facebook page or send it here. He will pick a few questions to answer every week for his mailbag. 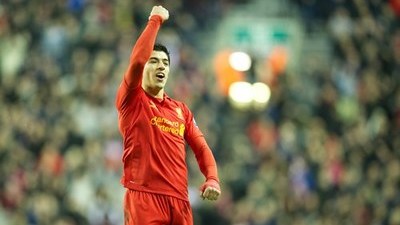 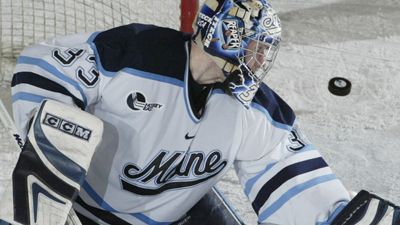 Vote: Who Would You Name Captain of Your Hockey East All-Time Team?