The fastball is under attack. Or that might be your assumption if you look at radar gun readings at Major League Baseball parks across the country.

Justin Verlander, CC Sabathia, Roy Halladay, Jered Weaver and Felix Hernandez are just some of the names who have seen their fastball velocity fall off a significant degree this season. Likewise, the flukey happening of all these star pitchers losing speed on their fastball simultaneously has been fascinating.

Those are precipitous drops in velocity, and while they may be occurring for different reasons, they also represent big challenges for each of the pitchers dealing with their new-found (slightly more modest) stuff.

Halladay’s struggles since spring training (and really going back to 2012, when his ERA and FIP saw notable spikes) have been well documented. It’s also been oft repeated that the 6-foot-6 right-hander has lost significant zip on his fastball, with the assumption being that these two occurrences are unequivocally related.

However, while Halladay struggles, some of his All-Star peers have been able to adjust well to their decreased fastball velocity.

Verlander has been easily the most talked-about pitcher — behind Halladay — in terms of a drop in velocity, and for good reason. While hovering around 95 mph for most of his career, this season Verlander’s average fastball has been 93.2 mph. Given the right-hander’s impressive ability to increase his velocity in the later innings of games, this is a trend that threatens to mitigate one of Verlander’s biggest weapons.

Of course, Verlander had a long way to fall, and according to Yahoo! Sports’ Jeff Passan, even the Tigers’ ace’s diminished stuff is still probably the best in baseball, say scouts. That being said, Verlander’s primary strikeout pitch — his changeup — is basically the same velocity (around 87 mph) that it has been for the past three seasons. So, not only is Verlander losing velocity in general, but the difference in speed between his fastball and changeup is smaller, too, which makes the latter a less effective pitch.

While this is a problem for Verlander, it’s also a huge tipoff as to why Halladay has struggled so mightily.

In 2011, Halladay’s two-seam fastball averaged 91.9 mph, while this season it has averaged 89.9 mph. But living at 90 mph is still a mark a savvy pitcher (and Halladay is among the savviest in baseball) can easily get away with. So why so much trouble adjusting?

Though Halladay’s primary strikeout pitch is his splitter, throughout his career he’s used his changeup to mix speeds and keep hitters off balance. From 2011 to 2013, not only is he using his changeup about 10 percent less often, but the pitch has actually increased in velocity as much as three mph. This may partially be due to the fact that Halladay’s decrease in fastball velocity is so great that it’s confusing the Pitchf/x system, but it also indicates that the difference between the two pitches has been obscured in general, making it easier for hitters to key in on a certain velocity.

Ditto that for Weaver, whose decline in fastball velocity in 2013 made his offspeed stuff look much more hittable in his two starts before he broke his left arm.

Sabathia and Hernandez, meanwhile, have, like Verlander, continued to be successful despite their diminished velocity. Both pitchers have come to rely much more on their changeup, while Sabathia has reduced the number of sliders and sinkers he’s throwing.

In other words, the successful pitchers dealing with decreased velocity are the ones who are able to establish their offspeed stuff, and rely more on command and changing speeds than going to the hard and sharp-breaking stuff.

Pitch velocities aren’t significantly lower in April, which helps us gauge these issues to early on the season. By the same token, pitchers rarely, if ever, see their velocity return after extended drops, so what you’re looking at, for these pitchers, is a new reality. But while some struggle to adjust to new physical limitations, others evolve and thrive.

So while the evolution of Verlander, Sabathia and Hernandez bodes well for their futures, it’s going to be a scary path forward for guys like Weaver and Halladay. 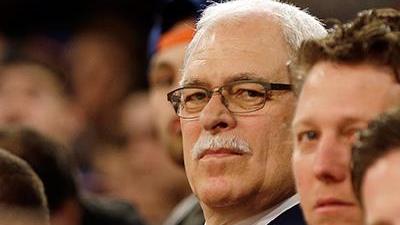 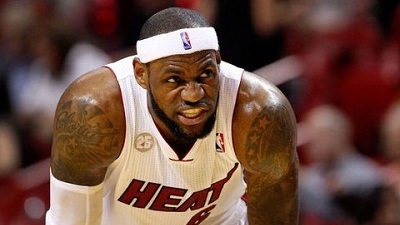