Jonathan Quick was the Los Angeles Kings’ playoff hero last season, but on his path to winning the Stanley Cup and the Conn Smythe, Quick never had to face a Game 7. In fact, he had never played in a Game 7 in his NHL career.

That changed Tuesday night at Staples Center, when Quick made his Game 7 debut against the San Jose Sharks in a winner-take-all showdown with a trip to the Western Conference final on the line. As he did all last postseason, Quick looked like a seasoned veteran in his first Game 7, and he helped lead the Kings back to the conference final.

Quick turned away 26 San Jose shots in the winning effort, including one beauty against Sharks forward Joe Pavelski. It looked like Pavelski had a chance to tie the game late in the third period, but he couldn’t quite lift the puck over a sprawling Quick. The UMass product was able to get his left arm stretched out just enough to keep the puck in front of the goal line, allowing the Kings to eventually win and advance.

See the save below. 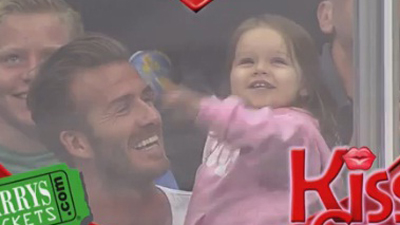