David Beckham may be done playing professional soccer, but his fans still can’t get enough of him.

The retired soccer star was scheduled to appear at Tongji University in Shanghai, China, on Thursday, but his visit was cut short after around 1,000 fans broke through a security cordon and rushed toward the venue. At least seven people were injured, according to the Agence-France Presse.

“I had an incredible response from everyone at Shanghai Tongji University today,” Beckham reportedly said on his Sina Weibo (China’s version of Twitter) account. “Sorry I couldn’t get out on the pitch to see the teams. It was impossible to get through the massive crowds.

“I heard there were a few injuries, hope the fans are ok and I wish them a speedy recovery.”

The incident occurred at Tongji University’s stadium. Beckham was scheduled to meet players from the school’s men’s soccer team and even take part in an informal game, but that never came close to happening, as fans who were outside the stadium crashed the event.

“Photos and video footage show people pushed onto the ground, shoes scattered and a uniformed woman being carried away — her face covered in blood,” the AFP reports. “The event was canceled, and Shanghai police said they were investigating the incident.”

The former England captain reportedly walked around the field and waved to fans before leaving.

Beckham is in China on a week-long tour promoting the Chinese Super League (CSL). He serves as a global ambassador for the Chinese top flight, helping drum up interest for the struggling league in China and around the world.

See Beckham’s Shanghai Tongji University visit in the video below. 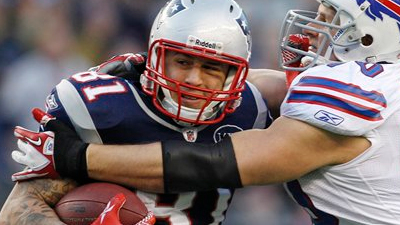