Jason Collins, Robbie Rogers and Brittney Griner are all out and proud. The next wave of gay professional athletes figures to come right behind them — and in greater numbers.

With all the news on sexuality in the world of sport, Nike has recently been touting its 15-year relationship with LGBT organizations. Likewise, the sportswear company looks to step up its game in the arena of civil rights with the launch of its #BeTrue campaign.

The campaign is actually about a year old at this point. However, Nike has recently gotten more attention for its #BeTrue sneaker — the flagship piece of merchandise of the ad drive. The shoe features rainbow colors and a barefoot feel, according to various reports around the Internet.

Check out a picture of the $115 kicks (some of the proceeds from #BeTrue merchandise  go toward fighting discrimination in sports) below. Tim Tebow Says He’s Honored to Be With Patriots, Work With Bill Belichick and Tom Brady 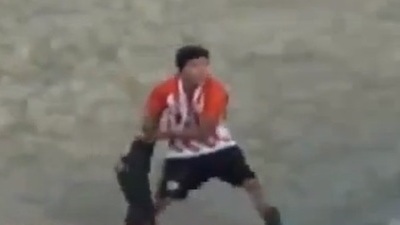