This year’s MLB draft may be over and done with, but that doesn’t mean there’s a break in scouting. It’s now time to gear up for this year’s class of international free agents.

It’s tough to get too fired up about signing players who have limited exposure and who may not break into the big leagues for a few years. But the Red Sox reportedly have their eyes on a Venezuelan outfielder.

Rodriguez, who reportedly ran a 60-yard dash in 6.8 seconds, projects as a center fielder. He’s also working out at Carlos Guillen‘s baseball academy in preparation for the signing period.

Check out a video of Rodriguez below. 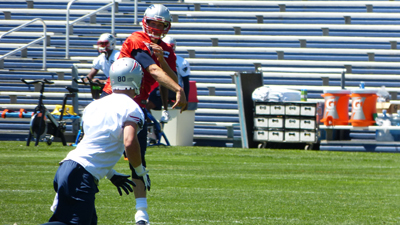