Peter Chiarelli Says Bruins Thinking About 'Circling Back' on Jaromir Jagr in Search for Winger - NESN.com Skip to content At the Bruins’ break-up day last week just a couple of days after losing the Stanley Cup Final, general manager Peter Chiarelli informed the media that he and the B’s would be moving on from future Hall of Famer Jaromir Jagr.

“I told Jaromir we wouldn’t be signing him,” Chiarelli stated on June 26.

While the Bruins haven’t signed or presumably even offered Jagr a contract, Chiarelli admitted Wednesday that the Bruins were thinking about “circling back” and revisiting the idea of signing the free-agent winger.

“You know actually we have thought of circling back,” Chiarelli told reporters Wednesday. “We told him we were moving on so he may have moved on, also. It?s something that we may revisit. He?s on a list … of a bunch of guys. I?d like to go into this, when I talk about reconstructing the right side, maybe we can get some youth in there too in addition to an older guy. When I say older it?s relatively speaking. It?s just older than a youthful player. It could be old now. 28 is the old 32. It?s all relative.”

It’s an interesting twist, no matter how big the Bruins’ actual interest in re-signing Jagr actually is. The 41-year-old was acquired at the trade deadline from Dallas. In 33 games including the playoffs, Jagr scored just two goals and had 17 assists with both of those goals coming in the regular season. However, the Bruins do have a hole on the right wing after free-agent Nathan Horton decided he was going to test the market and will not be re-signing with the B’s.

Chiarelli also said Jordan Caron is an option to fill the void at right wing. 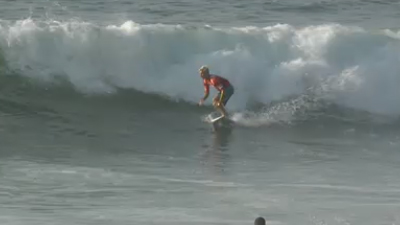