Matt Garza is almost certainly going to be pitching for a new team within the next month. The question now is where.

Buster Olney of ESPN first reported that Garza was likely to be traded over the All-Star break after a long-term contract couldn’t be worked out with the Cubs. Jon Heyman of CBSSports.com now says that the most likely suitors in a deal would be the Red Sox, Rangers, Indians or Cardinals.

The Red Sox’ interest hinges mostly on how starter Clay Buchholz‘s injury struggles continue. Buchholz appeared ready for a rehab start earlier this week, but more complications with the shoulder injury that has kept him out since June 8 appeared over the weekend, and both Buchholz and the Red Sox have been in favor of not rushing him back. Buchholz was the ace of Boston’s staff before the injury flared up, going 9-0 with a 1.71 ERA and 81 strikeouts. While the Red Sox are more likely to look for relief help, they would need a starter, too, if the worst happens with Buchholz.

Boston isn’t the frontrunner for Garza, though, says Heyman, who reports that “just about every contender has checked in on Garza at some point” since he’s the only top-tier pitcher available as the trade deadline approaches.

The Rangers, who have a strong rotation but are also unsure when Colby Lewis and Matt Harrison will come back, could look to pick up Garza to help a staff that has had a lot of trips to the disabled list this year. The Indians, whom Heyman terms as “satisfied with their depth,” would grab Garza to top off an already strong group. That type of thinking is also why the Cardinals, who really don’t have any starting pitching problems, are in the mix.

Garza is 6-1 with a 3.17 ERA this year, including 5-0 and 1.24 over his last six starts. He’s in his third season with the Cubs but has also pitched three years in Tampa Bay and two in Minnesota. 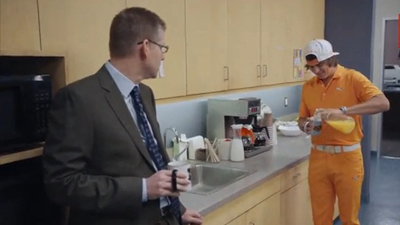 Rickie Fowler’s One-of-a-Kind Outfits Are Because He’s Colorblind, According to ‘This Is SportsCenter’ (Video)