Well, this should come as no surprise, but fans at U.S. Cellular Field were not too excited about seeing Alex Rodriguez play Monday night.

A-Rod was slapped with a 211-game suspension by Major League Baseball on Monday, but still made his season debut with the Yankees in Chicago against the White Sox on Monday night. Rodriguez appealed the suspension and is eligible to play until his case is heard.

The third baseman was booed when the came up to the plate for his first at-bat of the season. Rodriguez has not played in a game since the 2012 ALCS as he has battled injuries.

Check out the video below to hear the warm welcome fans gave A-Rod in Chicago.

And in case there was any question, closed captioning spelled it out for viewers. 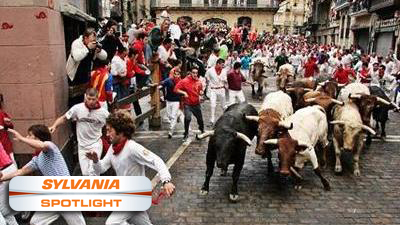 Running of the Bulls Events Coming to Multiple American Cities, Will Kick Off August 24 in Virginia