The Los Angeles Dodgers were the first team to clinch a postseason berth on Thursday, meaning they were also the first to celebrate.

Typically, teams celebrate with champagne showers in the locker room and maybe a victory lap around the field if the team is at home. Following a 7-6 victory over the Diamondbacks, though, the Dodgers took their celebration a bit further by running across the outfield, scaling the fence, and hopping into the pool at Arizona’s Chase Field.

It’s not the first time this has happened — the Diamondbacks went swimming in 2011 after clinching at home — it’s just the first time it’s been done by an opponent. Apparently, some people aren’t too happy.

“I think it’s tired and disrespectful,” D-backs infielder Willie Bloomquist said, according ArizonaSports.com. “It’s surprising because they have a lot of veteran guys on that team that I thought were classier than that. But there’s a fine line between going overboard at someone else’s place and doing that, I think,” he added. “But what are we going to do about it? There’s not much we can do about it now. They’ve clinched the division this year, but if that’s how they’re going to act and be classless, that’s their gig, that’s their clubhouse. I just think it’s disrespectful and classless.”

The Diamondbacks had reportedly asked the Dodgers not to celebrate their victory on the field.

Check out video of the celebration below. 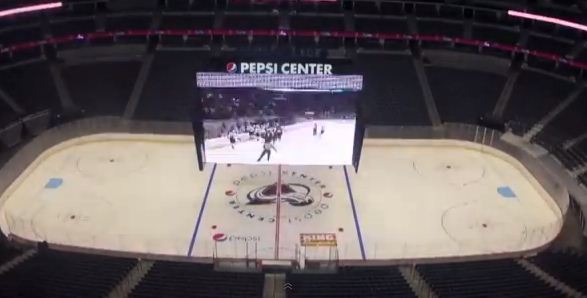