BOSTON — Lady Luck doesn?t just gravitate toward any old schmuck. You?ve got to be a stud to have her wrapped around your arm at the October dance.

Such is the gist of Jonny Gomes? philosophy on good fortune. Championship teams always tend to catch a few breaks, but Gomes doesn?t think it?s simply by chance.

The Red Sox have been considered a lot of things this season. Relentless, resilient, likeable and workmanlike are just a few adjectives to describe Boston during its improbable worst-to-first turnaround. The idea that the Red Sox have been ?lucky,? however, hasn?t really been much of a talking point, and Gomes thinks that there are much more important factors when it comes to postseason baseball.

?At the end of Game 162, there’s a big eraser, and all your stats — everything that has a number on it — goes down to zero,? Gomes said before Sunday?s game at Fenway Park. ?Once the playoffs start it’s no longer the best team. Because everyone is 0?0, everyone is batting zero and everyone’s ERA is zero. It comes down to the hottest team and momentum. And the team that can put a hold on momentum.?

The Red Sox enter Game 2 of the ALCS without much momentum. Boston?s offense produced just one hit in Saturday?s 1-0 loss in Game 1, and Detroit has the luxury of rolling out Max Scherzer and Justin Verlander in Games 2 and 3. But even though the Red Sox? backs are against the wall, Gomes and Co. seem to understand that one pitch, one hit, one play and one win can completely change the complexion of the ALCS.

?I think this team has done a great job of cleaning the slate, if you will, after a loss, after any loss,? Gomes said. ?We all know that 1?0, 10?0, stands for a loss, you know. So you talk about a team that hasn’t lost four straight all year. I think that says a lot about the culture, a lot about the character of the guys in here, not that everyone is in here like New Year’s Eve right now, but at the same time you’ve got to clean the slate. And we’ve done a great job of that all year. It’s not something new that we’re facing.  We’ve just got to continue to do what we’ve done all year.?

The Red Sox won their ALDS versus the Rays in four games, so they were never technically pushed to the brink of elimination. However, the Rays entered the series with momentum on their side, and later forced the Red Sox to sweat it out a bit by earning a walk-off victory in Game 4. In the end, the Red Sox stood tall as the superior team, and according to Gomes, there?s nothing ?lucky? about that.

?I think this team did a great job when Tampa came in here. They were like a freight train of momentum going on, they were back against the wall for a week. They were on a roll,? Gomes said. ?They came in here and we put up some runs and won those two real quick. I think this team has that in their bag, too, to be able to put a screech on the other team’s momentum.?

The Red Sox will look to stop the Tigers? momentum in Game 2, and it?ll be no easy task. In fact, Boston might need to create a lucky bounce or two. 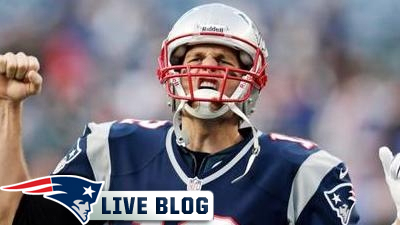