Even some ?idiots? are buying into Boston?s fuzz buzz.

Pedro Martinez, Derek Lowe and Trot Nixon joined forces at Fenway Park before Game 2 of the World Series on Thursday, and they touched on a number of topics while talking with the media, including Boston?s memorable 2004 championship run. The trio also expressed great admiration for what this year?s Red Sox team has accomplished thus far, and Boston?s current beard phenomenon received rave reviews.

?I love it,? said Martinez.

?I second that,? said Lowe, after Nixon elaborated on what makes the hair idea so great.

Boston?s bearded brigade sits three wins shy of a World Series title. And while the exact impact of team chemistry will always be debated, it?s obvious that a loose clubhouse can help alleviate the undue stress that comes with a lengthy baseball season. Just ask someone who’s been in the trenches.

?I know we had guys that would shave their head and so forth, but who knows what goes on between baseball players’ ears? I don’t know what was going on between mine half the time,? Nixon said. ?But just something to change up. I had a Mohawk one year, and it was God awful. When I looked at pictures of it, I couldn’t believe my wife let me wear my hair that way.

?I think it’s just to change up the monotony that you go through every day, and who knows? I don’t know. Clubhouses get crazy and guys have a little bit of fun, whether it’s their beards or mustaches or haircuts. But I like it, it’s pretty good.?

There are certainly some interesting characters on this year?s Red Sox team, and each player seems to have his own unique personality. The straggly facial hair serves as a unifying symbol, though, and everyone in Boston — including those who are clean-shaven — seems to be buying into the whole ?Get Beard? concept.

?I think John Farrell may be the only one that doesn’t have one,? Lowe said. ?Clubhouse guys, clubhouse kids, parking lot attendants have them. It’s a positive thing. It’s a cool thing that they’ve done. It’s kind of their shtick. It started in spring training. It took off.?

?Baseball could be a very individual sport, as you can tell,? Nixon added. ?It can be a very individual ?? when these guys come together, it just says a lot about them. That’s why I think it’s great. And you get that team camaraderie, and it doesn’t matter if you can’t grow a full beard or not.?

Those who have opted to join Boston?s facial hair movement have really gone all-in. Mike Napoli looks like Yukon Cornelius, Jonny Gomes has an Abe Lincoln-meets-leprechaun thing going on, and David Ross, who features a touch of gray, has become known as, ?The Wolf.? But while the bushy bunch looks a little rough around the edges, the Red Sox have been all business between the lines.

?They look like Santa Claus — pretty much every one of them with red beards — but don’t make a mistake, those guys are going out there like professionals, like they should, and they’re not out there to embarrass anybody or embarrass the organization,? Martinez said. ?They’re representing the organization really well.?

The unkempt Red Sox are facing a worthy World Series adversary in the Cardinals. Whichever team wins will likely do so by a hair. 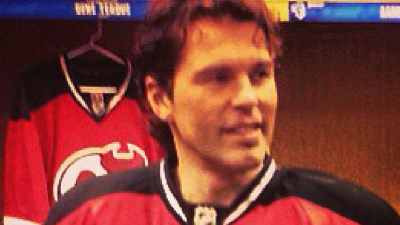 Who Is Second Behind Jaromir Jagr Among NHL Active Points Leaders? 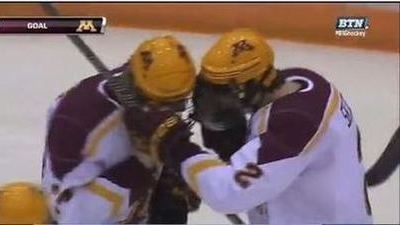