It’s time again to celebrate in Boston after the Red Sox captured the World Series title by defeating the Cardinals on Wednesday in six games. When the duck boats parade through Boston on Saturday morning, it will mark the third time in a decade that the city celebrates its baseball team.

In 2004, the Sox reversed an 86-year World Series curse when they swept the Cardinals in four games to capture the title.

So, the city of Boston has been here before. Red Sox fans know the drill. On Saturday, the celebrations will begin at Fenway Park, with the the team making its way around the city atop the famous amphibious tour buses to bask in the glory with Red Sox Nation.

In this week’s Throwback Thursday, we take you back to 2004 to re-live those championship parades (which took place on Oct. 30) in advance of Saturday’s celebration. Check out the video above to celebrate with the likes of Pedro Martinez, Tim Wakefield and Jason Veritek. 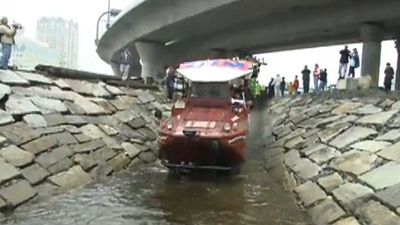